If you are looking for the best ideas for your portfolio you may want to consider some of Horizon Kinetics top stock picks. In its Q2 2019 investor letter – you can download a copy here – the firm discussed its investment thesis on Civeo Corp (NYSE:CVEO) stock. Civeo Corp (NYSE:CVEO) is a accommodation services multinational corporation.

Let’s take a look at comments made by Horizon Kinetics about Civeo Corp (NYSE:CVEO) stock in the Q2 2019 investor letter.

“Civeo Corp. provides workforce accommodations and facility management services to the oil and oil sands industries in Canada and the US, and to the metallurgical coal industry in Australia. The company was spun off from Oil States International in early 2014 and enjoyed a period of rapid growth in the years leading up to this separation, but saw its revenues fall significantly when oil and metallurgical (met) coal prices began their precipitous declines. It has struggled for a number of years, as many of its clients shuttered mining operations and cut capital expenditures, but it has remained cash flow positive throughout the worst part of the cycle and positioned itself so as to benefit once business improves. This appears to be happening, based on a rebound in metallurgical coal prices and a number of recently awarded contracts related to LNG infrastructure projects in Canada, which should lead to significant earnings improvement starting in 2019.

The investment case is based on Civeo’s current free cash flow, which represents an adequate rate of return for investors even if its business were to stay depressed. The company generated more than $40 million in free cash flow during both 2016 and 2017, and $37 million during a challenging year in 2018, which is equal to a free cash flow yield of approximately 10%. Much of this cash is currently being used to pay down debt, which could increase the value of the equity to shareholders by nearly 10% per year for the next 8 to 9 years, until the debt is retired.

This scenario will likely prove to be conservative, however, considering the company’s recent LNG contracts, which point to meaningful earnings growth over the next few years. Civeo expects EBITDA of $100 million to $110 million by 2019, while the contract terms point to an estimated $115 million to $125 million in EBITDA by 2020. Based on these forecasts, if one were to assume constant EBITDA multiples and a modest amount of debt repayment, Civeo’s share price could appreciate by as much as 65% over the next two years.

While this would certainly be a positive outcome for shareholders, it still fails to reflect the company’s full earnings potential, since it does not include any possible recovery in the oil or met coal markets. It is reasonable to believe that Civeo could generate EBITDA of $225 million to $250 million a year in a better environment, assuming occupancy rates and day rates well within what it has experienced historically. However, even this understates what the company has already demonstrated to be possible, having earned nearly $500 million in EBITDA during its best year. Again, because the current earnings yield represents an adequate financial return, shareholders are getting a free call option on this earnings potential.” 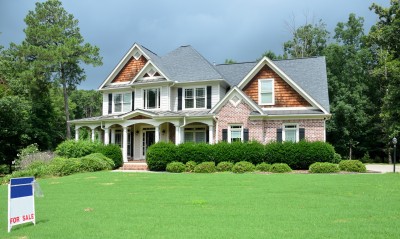