Chevron news: A 20-years deal has been reached between Chevron Corporation (NYSE:CVX) and Tohoku Electric Power Co., Inc. (TYO:9506). The oil giant will deliver liquefied natural gas from its Wheatstone project in Australia to a Japanese utility company. Tohuko has compromised to purchase nearly 1 billion tons of LNG from the Wheatstone project in Western Australia.

“We welcome the agreements with Tohoku, which mean that 85 percent of Chevron’s equity LNG from Wheatstone is now committed to customers in Asia on a long-term basis,” said managing director of Chevron’s Australian division, Roy Krzywosinski. The Japanese market has represented a great opportunity for energy companies because the Fukushima meltdown has limited energy offering at the oriental country.

The Wheatstone Project is located at Ashburton North, 7.5 miles (12 kilometers) west of Onslow in Western Australia. The project will consist of two LNG trains with a combined capacity of 8.9 million tons per annum and a domestic gas plant.

Chevron also holds an 80.17 percent equity interest in the Wheatstone and Iago fields that provide 80 percent of the feed gas to the Wheatstone Project. The participants in the fields are PE Wheatstone Pty Ltd. (10 percent) as well as Australian subsidiaries of Shell (8 percent) and Kyushu Electric Power Company, Inc. (1.83 percent).

Last, after two and a half years of legal battles, a Brazilian federal judge has dismissed a claim against oil giant Chevron and drilling partner Transocean LTD (NYSE:RIG). The lawsuit concerned a 3,600 BOE oil spill at the Frade offshore platform. Claimants sought 40 billion reais in damages, but Chevron came to an agreement at 300 million reais in compensatory activities.

Chevron Pollution in Ecuador: Not Liable For Collective Damages 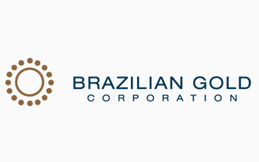