The Utica Shale remains a bit of an enigma for drillers and investors alike. Some see it as the next big thing, while others are cautiously backing away. One thing is for sure: For many drillers, the Utica Shale isn’t living up to the original sky-high expectations, especially for oil content. 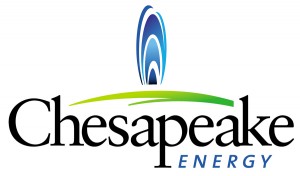 The lack of oil is one of reasons why both Chesapeake Energy Corporation (NYSE:CHK) and Devon Energy Corp (NYSE:DVN) are planning on selling their Utica assets after initially building a sizable presence. Chesapeake Energy Corporation (NYSE:CHK), which is the largest Utica leaseholder, just put around 100,000 of its acres up for sale. While that’s a small portion of its overall acreage in the play it is worth noting because it marks a continued trend from the company, which also sold a large stake in the Utica last year to Total S.A. (ADR) (NYSE:TOT).

Devon is taking things one step further; it’s attempting to unload the rest of its Utica acreage, after putting a portion of its acres into a joint-venture package with Sinopec Shanghai Petrochemical Co. (ADR) (NYSE:SHI) last year. Devon sees higher returns in other plays within its acreage, particularly in the Canadian oil sands and Permian Basin.

If your expectations are for an oil-levered play, those expectation have yet to be realized. On the other hand, natural gas liquids have been more accessible in the Utica, which is why some companies are very pleased with the play.

Gulfport Energy Corporation (NASDAQ:GPOR) has been on a buying spree in the Utica. Earlier this year the company announced the purchase of 22,000 acres for $10,000 apiece, which is a lot higher than the typical sale between $1,000 and $8,000 an acre. The company is accelerating its 2013 drilling program and expects to add its four rigs to the play this month. For Gulfport Energy Corporation (NASDAQ:GPOR), the Utica is a gold mine.

Other smaller drillers like Rex Energy Corporation (NASDAQ:REXX) and Magnum Hunter Resources Corp (NYSE:MHR) are following suit and increasing the amount of capital being spent on the play. Just last month Rex reported results at three of its Utica wells. According to CEO Tom Stabley, the company believes the results “demonstrate the opportunity for superior well performance in this region.” Like Gulfport, Rex Energy Corporation (NASDAQ:REXX) is spending a large portion of its 2013 capital budget on the play and is expecting that capital to generate significant liquids-rich growth for the company.

Meanwhile, Magnum Hunter Resources Corp (NYSE:MHR) is in the process of drilling its first well in the Utica. The company, which just sold its Eagle Ford acreage, believes that its Utica acreage is in that same liquids sweet spot that is appealing to both Gulfport and Rex. We won’t know for sure until the company reports results from that initial well.

At one time the Ohio portion of the Utica Shale was believed to hold more than $500 billion worth of oil. It’s beginning to appear that those early estimates by the Ohio Department of Natural Resources of up to 5.5 billion barrels of recoverable oil reserves might have been a bit too optimistic. That doesn’t mean that the Utica isn’t going to turn out to be a very profitable play for some companies. In fact, for the right operator that has the right location, the Utica looks like it will turn out to be a very important driver of both profit and production growth for years to come.

The article Is the Utica Shale Still a Top-Tier Play? originally appeared on Fool.com.