The EPA recently decided not to publish a report trying to link ground water contamination to fracking, due to weak findings. With environmental concerns falling away, fracking firms will have free reign to increase production, if they can. Given then high decline in shale production wells, it is time that investors take a less sanguine look at the market. 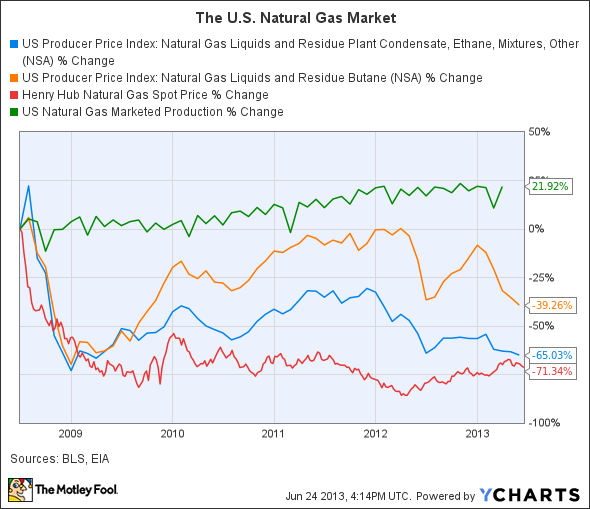 The increase in natural gas production created a collapse in the natural gas pricing. This caused many drillers to move into natural gas liquids (NGLs) rich plays where they can make money from other substances like butane and condensates. As the industry moved into NGLs the supply boom in NGLs caused prices to fall, and drillers were stuck in the same situation. Now they are looking for crude oil rich plays, like the Bakken formation in North Dakota.

Regardless, analysts are warning of over stated reserves. While the shale bubble will not burst overnight, eventually companies with high debt loads will have to face the music. The Romans taught us that fortune favors the bold, but it also favors the patient. Shorting the fracking bubble isn’t a six month game. As the years go by production levels will continue to fall, and increasingly more capital will be needed to defeat declining production.

Chesapeake Energy Corporation (NYSE:CHK) is one firm to avoid or consider shorting. This natural gas fracker was driven into the ground by its former CEO, and it still has a total debt to equity ratio of 1.06. The company has already sold off stabilizing midstream pipeline assets and sold a number of other assets into trusts. These asset sales allowed the company to survive, but it has left it a less stable firm.

The company has shifted its focus to oil rich plays, but it still faces a number of challenges. Its Q1 2013, production in the greater Anadarko Basin was just 38% oil. It is expected that its current earnings before interest and taxes (EBIT) margin of -3.8% and profit margin of -3.7% will increase, but investors need to take a hard look at Chesapeake Energy Corporation (NYSE:CHK)’s long term trajectory.

While the deflating fracking boom will impact Chevron Corporation (NYSE:CVX), it is a large diversified company with a manageable total debt to equity ratio of 0.1. Its international operations will help to maintain its EBIT margin of 19.5% and profit margin 11.4%. 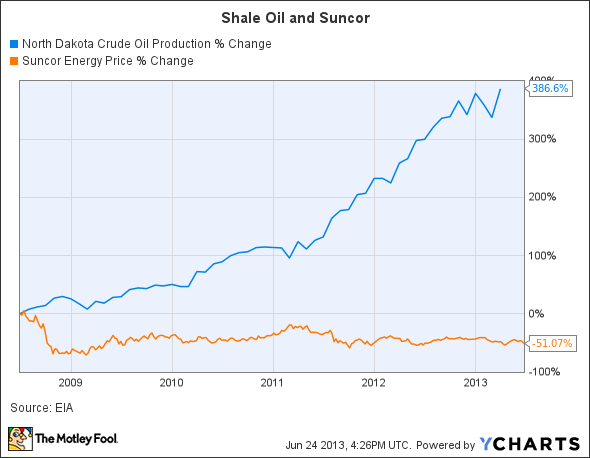