A recent article in the Financial Times reported that President Barack Obama stated that by 2020, the United States was likely to be a net exporter of natural gas. Currently, the US is one of the largest importers of natural gas, eclipsed only by Japan. However, with the recent explosion in fracking throughout the US, there is a growing push to send this bounty abroad. There will be many beneficiaries of more open policy on natural gas exports.

According to the Financial Times, the Department of Energy is currently reviewing applications for new liquefied natural gas (LNG) terminals and there is an expectation that one in Texas will be approved soon. Among LNG terminal operators, Cheniere Energy, Inc. (NYSEAMEX:LNG) is the first name on the list. 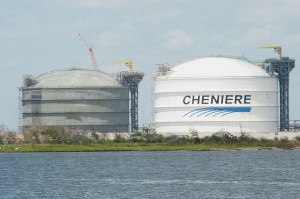 While it is a pure play on the LNG industry, Cheniere Energy, Inc. (NYSEAMEX:LNG) is anything but a sure bet. Developing LNG terminals is lengthy and expensive. Cheniere carries a heavy debt load and any negative issues surrounding its ability to export LNG, such as government policies or spiking natural gas prices, would most certainly send the stock spiraling downward.

Build it and it will flow

Winning bids for such projects is a difficult and time-consuming process. It will be an uphill battle for Foster Wheeler as it faces competition from tough competitors like one of the largest construction firms in the United States, privately-held Bechtel. Bechtel is currently engaged in the construction of the Cheniere Energy, Inc. (NYSEAMEX:LNG) Sabine Pass liquefaction facility.

Foster Wheeler AG (NASDAQ:FWLT) has extensive experience in various types of energy projects, but would not be a pure play on LNG. In addition to the construction of LNG projects, Foster Wheeler is also involved in the heavy construction of other projects including refining, petrochemicals, pharmaceuticals, power generation and many others.

Getting it where it needs to go

Once the terminals are built and natural gas has been processed for shipment, it must be transported by sea to foreign markets. Golar LNG Limited (USA) (NASDAQ:GLNG) has a long history of serving the natural gas industry on the open seas. The Bermuda-incorporated company owns a fleet of thirteen LNG transport vessels as well as four floating storage and re-gasification units (FSRU). Golar LNG Limited (USA) (NASDAQ:GLNG) expects to have four new LNG units delivered before the end of 2013, and a fifth FSRU unit will available during the fourth quarter of this year.