CAS Investment Partners is a New York-based hedge fund, launched in October 2012, by its current portfolio manager, Clifford A. Sosin. Before starting his own fund, Cliff Sosin broadened his investment knowledge as a Director in the Fundamental Investment Group of UBS, where he was an important part of the team in charge of equity analysis. Prior to working at UBS, Mr. Sosin was an analyst at another hedge fund, Silver Point Capital, and he also worked for a renowned investment bank, Houlihan Lokey Howard & Zukin. Cliff Sosin holds a B.S. in Engineering with high honors and a B.A. in Economics from Swarthmore College.

When he was employed at Houlihan Lokey Howard Zukin he wasn’t enjoying the role of an adviser, he wanted to experience what is like to be on the buy side. “I preferred seeking truth as opposed to seeking an argument.” That’s why he joined Silver Point Capital where he was a part of a private lending business, which also wasn’t a perfect fit for him. Then, at UBS he got a job to look at high yield and distressed, but also at generalist stocks. Later on, when the company stopped investing in high yield and distressed, Cliff Sosin could put all his energy on stocks. This was the crucial moment, as Cliff Sosin started to develop his own investment philosophy. 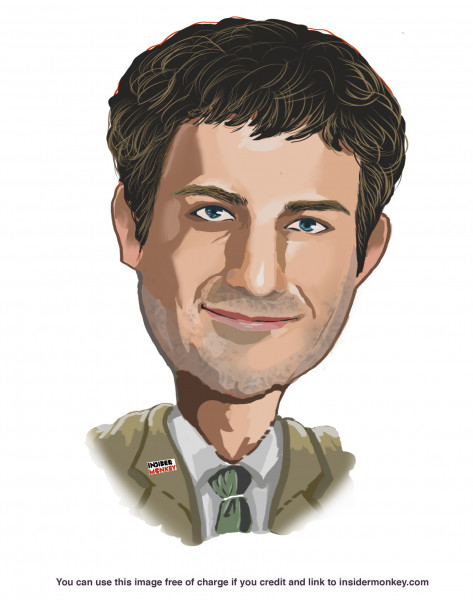 In Graham and Doddsville’s interview, Cliff Sosin says for his investment philosophy and strategy that “it’s simple in concept”. The fundamental idea is to find the companies, whose businesses he comprehends, to buy them when they are undervalued and to hold its stocks for a very long time. Cliff Sosin prefers to have a concentrated portfolio, with a few socks, that he will hold on for years. “. A handful of positions is enough. “ It is said that his investment process of picking up stocks to invest in leans on the help of social sciences such as experimental psychology. Cliff Sosin attempts to determine why a business is going to thrive, and he tries to develop a hypothesis out of it, calculating various prognosis, after which he searches for some evidence to kill the hypothesis.

This kind of investment philosophy that doesn’t fear stock price volatility asks for a special type of investors, those that are searching for long-term compounding. Those that won’t jump every day, if the fund is 20% down in a month, for example. CAS Investment Partners seeks the investors who are also indifferent to stock price volatility and it tries to create an economic model that works even in harsh times. Cliff Sosin explained in the mentioned interview that it is of high importance to comprehend the underlying mechanism in order to discuss the probabilities of something. For example, the fund will stay away from the biotech sector, as it doesn’t have any competence in this industry. Nevertheless, its comprehension of “loyalty effect economics” covers a plethora of industries, such as insurance brokerage, subprime lending, and wealth management, to name a few.

He has further explained his research process on one example – Herbalife Nutrition Ltd (NYSE:HLF), which has been a big part of its equity portfolio for a long time. At first, Cliff Sosin thought that Pershing Square’s Bill Ackman was right and that the company is running a pyramid scheme business. But after a thorough reconsideration, he came to the conclusion that Ackman’s analysis has many faults. He realized that part of Herbalife’s success lies in the fact that the company has built a belief system around its products, analogous to a religious movement. It is very difficult to develop this type of systems, but once you do, they will probably be very successful. “Group identification is fundamental to people. There’s social cohesion.”

Having a concentrated portfolio, at the end of the third quarter CAS Investment Partners reported five long positions. Interestingly, none of those companies the fund invested in was among the 30 most popular stocks among hedge funds in Q3 of 2018. During the quarter, the fund didn’t make any new additions to its portfolio, and it has only raised one position while keeping all the others the same like in the previous quarter. More details about these positions you can find on the next page.