When FedEx Corporation (NYSE:FDX) reports earnings on March 20, the investment community will be watching, as the results serve as a gauge for economic and industrial activity. FedEx Corporation (NYSE:FDX) shares have soared since my December 7, 2012 blog in tandem with the transportation sector as a whole that has far outperformed the S&P 500 rally over the past six months. Indeed, shipping companies in the trucking and railroad sectors have made for some of the best equities to own during 2013. 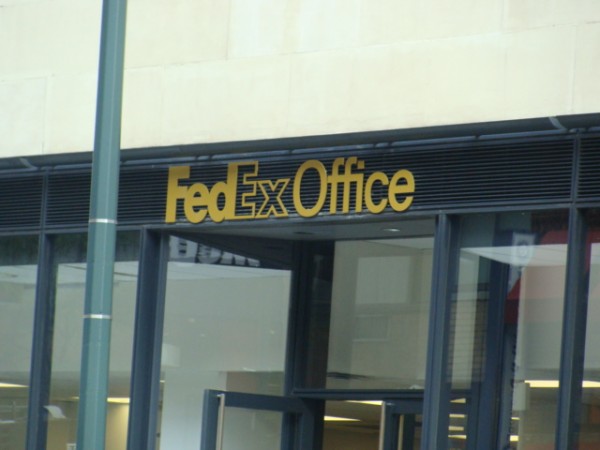 So, where will they go from here? Factors such as domestic GDP, energy prices, Asian market trends, and shippers’ propensities to splurge for expedited delivery are baked into the numbers.

FedEx Corporation (NYSE:FDX)’s earnings are being pressured by a shift in its International Express business toward lower-priced services. Despite rising volumes on those routes, operating income has fallen on a year-over-year basis this fiscal year (ends in May). The reasoning behind this has more to do with a larger proportion of consumer direct shipments including e-commerce, and less a result of competitive actions. Thus, earnings for the February quarter generated partly from holiday sales in December, likely declined somewhat from the prior year’s $1.55 a share tally.

Margins are also being restrained by integration expenses related to recent buyouts in Brazil, France, Mexico, and Poland. The inference is that as revenues ramp up profitability will too, supporting a turnaround on the bottom line.

While the Express segment has struggled, FedEx Corporation (NYSE:FDX)’s Ground game is faring well. Indeed, Ground revenues climbed 11% in the November quarter, lifting the unit’s income 4%. Network expansion costs are limiting results in Ground, though this spending should allow FedEx to remain competitive over the long term (3 to 5 years). Finally, the Freight business is generating substantial margin expansion, on the heels of its restructuring.

Overall fiscal 2013 (ends in May) could be viewed as a period when FedEx Corporation (NYSE:FDX) was gearing up for future growth. Along those lines, it is maintaining capital outlays at an elevated level as its upgrades the aircraft fleet. Share profits ought to bounce back next year and beyond with favorable operating conditions. And depending on what its numbers show on the 20th, the shares are still worth considering.

Under the premise that the intra-U.S. delivery sector is in better shape than the international market, one can capitalize on market opportunities:

For one, I would like to discuss a trucking company that missed the rally, namely C.H. Robinson Worldwide, Inc. (NASDAQ:CHRW). CH Robinson derived 84% of 2012 revenues from truck transportation, in this instance Freight (less-than-truckload) operations. Plus, 189 of its 276 offices are within the United States. Revenues and profits have been advancing. However, the shares sold off sharply after December-period earnings missed analyst expectations.

This company itself has been actively expanding through acquisition. In particular, in November 2012 it bought out Phoenix International Inc. for $635 million in cash and stock. Phoenix, a global forwarding company, is solidly profitable and should add significant accretion to earnings in 2013 as a component of its Ocean and Air segments. Incidentally, the share count did not increase due to the purchase. CH Robinson’s clean balance sheet should facilitate further asset buyouts that would support growth businesses.

CH Robinson shares are intriguing in light of the company’s business model. It has been achieving volume and pricing increases in its core LTL business. Given the growth strategy, I like the stock’s upside potential at its current valuation.

Next, for another logistics provider not exposed to international markets, look into Hub Group Inc (NASDAQ:HUBG).The company contracts with railroads and trucking firms for its transportation operations. It has been keeping those transport costs in check as volumes climb, boosting the gross margin.

Hub Group, too, has strong liquidity. It has in the past grown through acquisition, including a major purchase in 2011 of Exel Transportation Services. The use of cash for further such purposes, along with stock repurchases, is possible.

Reliant on a healthy railroad market, Hub Group is poised to perform well as that shipping mode continues to gain headway. It has relationships with most of the major rail transporters in North America, such as CSX and Union Pacific.

Hub Group shares are at a two-year apex and have appeal for near-term price momentum. They are also a decent selection for a long-term portfolio.

FedEx Corporation (NYSE:FDX) has consistently invested in long-term projects aimed at driving long-term profit growth. Its shares reflect the prospects for an earnings turnaround next fiscal year that should materialize. Take note of the earnings release on March 20. In the meantime, I have highlighted just a couple of the stocks that may benefit from the currently favorable domestic shipping conditions. See also my previous blog dated January 14 where I highlighted several stocks including Forward Air Corp. and GATX Corp.

The article Can FedEx Keep Rolling? originally appeared on Fool.com and is written by Damon Churchwell.