Bristol Myers Squibb Co. (NYSE:BMY) has been in the spotlight for its so-called “desired” acquisitions and its size issues, along with patent expiration news. Analysts have been debating the company’s decision to expand and acquire companies in the face of declining revenue, wondering whether it makes sense to focus on product pipeline or growing bigger. I believe Bristol-Myers isn’t looking at acquisitions apart from its product pipeline strategy. It’s growing and expanding for the sake of its drugs, not to pursue ambitions of becoming a pharmaceutical giant just for the sake of it. Lets take a look at what’s happening to better judge where Bristol Myers Squibb Co. (NYSE:BMY) is headed with its strategy. 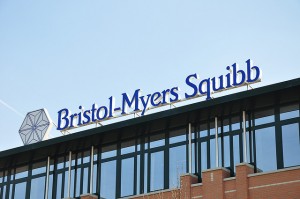 Eliquis, which is used to minimize the risk of stroke in patients suffering from non-valvular atrial fibrillation, received approval in the U.S., Europe, Japan, Canada, and South Korea. Bristol-Myers developed this drug in partnership with Pfizer Inc. (NYSE:PFE).

Another drug, Forxiga, which was developed in partnership with AstraZeneca plc (ADR) (NYSE:AZN) for treatment of Type 2 diabetes, got approved in Europe. The company will also approach the FDA, once again, for approval of this drug. Previously, it had been rejected due to concerns regarding its serious side effects, but now the company has gathered more data, which it will send for reconsideration.

Bristol Myers Squibb Co. (NYSE:BMY) has yet another reason to pat itself on the back – being singularly responsible for three new classes of medications for the treatment of diabetes is an achievement. Forxiga, Onglyza, Byetta, and Bydureon, which were acquired with the purchase of Amylin Pharmaceuticals in 2012, give the company a worthy diabetes portfolio.

Yervoy, a drug for melanoma, has garnered heavy sales as Bristol-Myers effectively marketed the medication in the U.S. as a drug capable of prolonging survival for cancer patients.

Abilify, a schizophrenia drug, won a battle against generic competition, effectively blocking them in the U.S. until April 2015. Bristol Myers Squibb Co. (NYSE:BMY) partners with a Japanese company, Otsuka, to sell this drug.

Nivolumab is undergoing five important Phase III studies for various types of cancer, and the results of these trials will be significant in determining the fate of this drug.

Bristol-Myers is doing fairly well with its drugs in the market and in the pipeline. With several approvals completed, the company can expect an increased stream of revenue this year. Perhaps the company can also prepare, in the meantime, to manufacture and promote generic versions of its own drugs before patent exclusivity expires, warding off any potential generics manufacturers from coming into the scene.

Analysts have voiced concern over the company’s expansion plans in the face of recent and near-future patent expirations. Sales of the company’s blockbuster drug, Plavix, have dropped by about $4.5 billion since the expiry of its market exclusivity. Other drugs coming off patent are Baraclude ($1.4 billion in sales) and Sustiva ($1.5 billion in sales). While some may feel that this is the time to give up and, perhaps, consider being acquired into a pharma major, I think Bristol Myers Squibb Co. (NYSE:BMY)’ acquisitions and expansion plans are indicative of its fight to increase revenue by enlarging its product portfolio and having more revenue generators. A bigger and better product pipeline cannot be created without growing in size. The acquisition of companies like Inhibitex, DuPont, and Amylin are not the result of wanting to grow for the sake of growing, but to gain rich drug pipelines that have the potential to become blockbusters in the future. As far as so-called “desired” acquisitions, such as the rumored Shire and Biogen are concerned, I believe it doesn’t hurt the company’s reputation to consider acquiring such firms. It only goes to show valid aspirations for growth. In-house competency can only get a company so far, especially when time is short, and the best way to move forward is through acquisitions and partnerships that can bring revenue faster. This helps a company buy time for in-house R&D to jump back into productivity. If Bristol-Myers didn’t go the acquisitions way, its chances of survival would be even lower.

Bristol Myers Squibb Co. (NYSE:BMY) has recently decided to utilize $250 million for the expansion of its biologics manufacturing facility in Massachusetts. The company plans to begin clinical trial manufacturing in its existing facility. This will add about 350 jobs at the facility. Molecules in the early stages of R&D will be manufactured in one of the planned buildings, while another will house the medicines to be used for clinical trials.

Bristol-Myers is taking a step toward organizing its business, which is definitely required. However, it’s important that the company ensures such measures are well-spaced so that newer facilities get the resources and attention required to make them fully operational, before the company begins investing in further expansion.