The S&P 500 Health Care Index has advanced by 21.11% over the past three-year period, which is significantly higher than the S&P 500’s return of 10.30% over the same time span. The healthcare sector still continues to dominate, generating a return of 3.58% year-to-date, whereas the S&P benchmark is 4.90% in the red this year. Back in 2010, the U.S President Barack Obama signed the Affordable Care Act into law, which was accompanied by a lot of uncertainty at the time. However, the masses started to comprehend that ‘Obamacare’ was set to boost healthcare companies’ bottom lines. At the same time, the advancements in the biotech sector have also played an important role in the healthcare sector’s performance over the past few years. It is also anticipated that the healthcare sector is likely to experience growth in the years ahead, as more Americans have been receiving insured treatments, while boomers will boost up the demand for drugs and medical services as they age. That being said, we will now lay out a list of the most popular healthcare stocks among the billionaires monitored by our team, all of which could potentially represent great trading opportunities amid the recent turmoil in the equities markets. 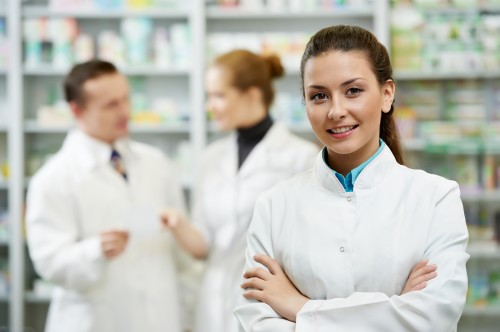 As you will most probably notice later on in the article, we pay close attention to hedge fund sentiment and billionaires’ sentiment in particular. Most investors ignore hedge funds’ moves because as a group their average net returns trailed the market since 2008 by a large margin. Unfortunately, most investors don’t realize that hedge funds are hedged and they also charge an arm and a leg, so they are likely to underperform the market in a bull market. We ignore their short positions and by imitating hedge funds’ stock picks independently, we don’t have to pay them a dime. Our research has shown that hedge funds’ long stock picks generate strong risk adjusted returns. For instance the 15 most popular small-cap stocks outperformed the S&P 500 Index by an average of 95 basis points per month in our back-tests spanning the 1999-2012 period. We have been tracking the performance of these stocks in real-time since the end of August 2012. After all, things change and we need to verify that back-test results aren’t just a statistical fluke. We weren’t proven wrong. These 15 stocks managed to return 118% over the last 36 months and outperformed the S&P 500 Index by 60 percentage points (see the details here).

The number of billionaires invested in Walgreens Boots Alliance Inc (NASDAQ:WBA) at the end of the second quarter was down by two quarter-over-quarter, whereas the value of their investments in the stock grew by $1.35 billion. Although the recent broader market turmoil has impacted the stock’s performance, WBA shares are still over 13% in the green this year. Just recently, WBA initiated a deal with logistics company Postmates, which will enable the customers of the nation’s largest drugstore chain to order Wallgreen’s products through Postmates’ app and website for delivery. Andreas Halvorsen’s Viking Global boosted its stake in Walgreens Boots Alliance Inc (NASDAQ:WBA) by 69% to 24.63 million shares during the second quarter.

The total number of billionaires tracked by Insider Monkey with stakes in Valeant Pharmaceuticals Intl Inc (NYSE:VRX) remained unchanged during the latest quarter, while the value of the stakes rose by $1.47 billion. The shares of Valeant have managed to recover from the recent market pullback, delivering a whooping return of 69% year-to-date. Surprisingly, Valeant’s stock was among the limited number of stocks in the market that closed in the green on Friday, when the S&P 500 lost 1.62%. It is also worth noting that an officer and director of the Canada-based Valeant have been piling up the stock over the last few months, which could suggest strong prospects for the company in the months ahead. Bill Ackman’s Pershing Square, the largest equity holder of Valeant Pharmaceuticals Intl Inc (NYSE:VRX) in our database, left its position in the company unchanged during the recent quarter at 19.47 million shares.

Hedge Funds Have Mixed Feelings On These Two Energy Stocks

Two Healthcare Stocks Are Advancing but See Which One Hedge Funds Sentiment...

Two Trending Stocks Moving in Different Directions; Which One Hedge Funds Like...