Billionaire Israel Englander was making an overall bullish statement with equity purchases in 3Q, shaking up his top twenty holdings with various increases and new additions across a variety of industries. Englander founded Millennium Management in 1989 and grew the fund to around $13 billion in AUM by mid-2011.

Three of the most interesting share increases that thrust all of these stocks into Millennium’s top ten holdings included Tyco International Ltd. (NYSE:TYC), Edison International (NYSE:EIX) and Amerigroup Corporation (NYSE:AGP).

Following a 200% increase during 2Q, Millennium increased its Tyco stake 230%, putting the security systems company up from its 43rd largest holding to 1st. Tyco was also Iridian Asset Management’s top stock pick at the end of 3Q. Tyco recently completed the split of its key businesses, now with operations in commercial fire/security and global residential security. Growth is still expected to be relatively low in 2012 and 2013, at 2% and 4% year over year, respectively. The slowing global economy has been Tyco’s biggest headwind, but separation of its businesses should lead to better productivity over the long run. Tyco continues to trade cheaply compared to major competitors; its trailing P/E is 10x, compared to Brink at 16x and GEO Group at 23x.

Edison International was another big increase for Millennium, having upped its 2Q stake 330% to put the utility company as the fund’s 6th largest holding at the end of 3Q, up from 199th at the end of 2Q. EPS is expected to come in down 19% for 2012 compared to 2011, thanks in part to lower realized power prices and higher fuel costs. Edison does pay a 3.0% dividend yield, but this yield is below it utility peers. We see concerns over the outcome of Edison’s Mission Group debt restructuring. If Edison is unable to restructure EMG’s capital structure it may have to divest the segment.

Amerigroup was essentially a new position for Millennium during 3Q, where the firm upped its position over 25,000% to make the managed healthcare company its 8th largest 13F holding. In July, WellPoint announced that it would purchase Amerigroup for $92 per share; the stock currently trades around $91.40. Amerigroup is also a takeover target owned by the Harvard Endowment.

The deal is expected to close in 1Q 2013, but for an investment to be worthwhile to the average investor they would need to be have a meaningful amount of capital to invest. Even without the buyout offer, Amerigroup has promising growth prospects, with revenue expected to be up 40% in 2012 on the back of market expansion. Trading at a premium P/E of 32x due to the buyout offer, the managed healthcare company is now well above its peers and would likely see a pullback if the deal falls apart.

A couple of Millennium’s bearish moves that stood out to us were his general negative plays against pharma, including sales of Teva Pharmaceutical Industries Ltd (NYSE:TEVA) and Pfizer Inc. (NYSE:PFE). Englander sold off 74% of his 2Q Teva stake during 3Q, taking Teva from the 12th largest holding (2Q) to Englander’s 213st largest holding (3Q). Teva is the generic and branded pharma company that is expected to see relatively flat revenue growth in 2013, compared to an 11% gain in 2012.

Headwinds have put the stock in mixed trading territory of late, which include diminishing generic opportunities and increased global pressures. Even so, Teva is a market leader in the generic drug sales industry, with sales nearly double that of its closest competitor. Given the company already trades in line with many of its competitors on a valuation basis, it would be worthwhile for investors to follow Englander’s bearish sentiment regarding Teva for now.

Pfizer went from Millennium’s 16th largest 13F holding to 161st after a 64% share sell off in 3Q. Pfizer trades on the low end from a P/E perspective, trading at 19x, where Johnson & Johnson trades at 23x, Merck at 20x and Bristol Myers at 29x. Pfizer expects to see an influx of cash next year, which will go to funding its $10 million share repurchase program. The funds will come from an expected IPO worth 20% of its animal health business, and the sale of its nutrition unit to Nestle for over $11 billion in cash. Pfizer also pays a healthy 3.7% dividend yield.

We view the chance that Millennium is taking in Amerigroup, even though there are a number of other funds taking the bet as well, as too risky for individual investors. We are also cautious of Tyco and Edison’s prospects, and would wait to see how their key events play out. We also agree with Millennium’s bearish outlook on Teva, but would consider taking a look at Pfizer. Check out all of Millennium Management’s holdings here.

These 3 Stocks Could be Tomorrow’s High-Yielders 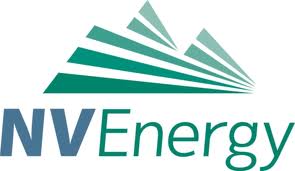 Molson Coors shares fizzle after earnings amid down-day for stocks