The healthcare industry is known to have a stable topline and usually attracts income growth investors. But over the last year, shares of Baxter International Inc. (NYSE:BAX) and Becton, Dickinson & Co. (NYSE:BDX) have risen by nearly 25% and 26%, respectively. These companies have not only outperformed their peers, but also carry a solid yield. But despite the recent rally, I think the healthcare industry is still ripe for value picking, but not all companies are worth the risk. 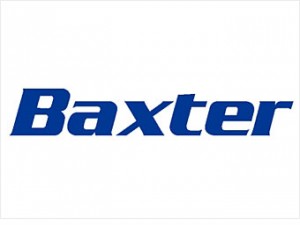 Scouting for “the company”

Over the last year, shares of C.R. Bard, Inc. (NYSE:BCR) have largely remained flat, but it has been volatile and its prices have fluctuated by nearly 14% during the year. For the recent quarter, C.R. Bard, Inc. (NYSE:BCR) was able to expand its margin by 150 basis points despite its acquisitions. Its SG&A expenses fell by 20 bps, which now stand at 27.9% of total sales, but are still high. Going by the track record of its flat performance and a meager yield of 0.79%, investing in its peers seems like a better strategy.

Becton, Dickinson & Co. (NYSE:BDX) is a great healthcare company. Although its shares have appreciated by just 15% over the last 5 years, it has been returning value to its shareholders in the form of dividends and share repurchases. For the current year, Becton, Dickinson & Co. (NYSE:BDX) has a $500 million worth of share buyback program underway with plans to pay around $350-$400 million as dividends (annual). Altogether, the company would be paying out around 80% of its free cash flows, which leave little cash for expansions or acquisitions. Furthermore, the company is currently relying on organic growth that makes it an income growth play but not a value pick.

And then comes Baxter International Inc. (NYSE:BAX). At the current prices, shares of Baxter International Inc. (NYSE:BAX)yield 2.48% with a modest payout of 37.05%. its operating cash flows have risen by 161% over the last 5 years, hinting towards sustainable payouts in the future. Its debt/equity of 0.8 seems high, but it is due to the acquisition of Gambro for $4 billion last year.

Gambro manufactures products that are used for dialysis treatment, and has 13 production facilities spread in 9 countries. In 2012, Gambro reported $1.6 billion in revenue with around a 31% margin. As of now, Baxter International Inc. (NYSE:BAX) is yet to reap the financial benefits of acquiring Gambro. The inorganic growth should contribute nearly $560 million (24.3%) to Baxter’s annual earnings alone, but the real growth lies in their joint synergies. Baxter International Inc. (NYSE:BAX) has presence in over 100 countries, and once the operations are merged, it can rapidly expand Gambro’s geographical footprint (9 countries) without regulatory and bureaucratic loops.

Here is What Hedge Funds Think About Becton, Dickinson and Co. (NYSE:BDX)Johnson & Johnson (JNJ): Will Dividend Growth for This Dividend King Start...