Barrick Gold Corporation (ABX): Letting It Go to Its Head

It looks like Barrick Gold Corporation (NYSE:ABX) has been struck with gold fever.

The world’s largest gold miner is trying to sell three of its Australian mines that produced some 452,000 ounces of gold last year and had combined reserves of almost 2.6 million ounces. With its debt burden of $11.6 billion a heavy one to carry, unloading some of its assets for a tidy sum could help alleviate the weight. 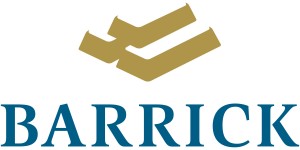 Yet at the same time, it’s going around trying to give a “signing bonus” of $11.9 million to its co-chairman. It’s not like he’s some journeyman ballplayer you want to get on your team so you throw him a few extra bucks to entice him to sign the contract. John Thornton has been in his position for more than a year and in all likelihood will fully occupy the spot when founder and Chairman Peter Munk leaves.

Considering shareholders are sitting on a 48% year-to-date loss so far (and down 58% from its 52-week highs), the miner was just dealt a blow in Chile — where its Pascua-Lama mine was placed on hold — and it’s struggling to pay its bills, a $12 million handout isn’t exactly seen as a pay-for-performance bonus.

Of course, not all of Barrick Gold Corporation (NYSE:ABX)’s problems are of its own making. Other major miners, such as Vale SA (ADR) (NYSE:VALE), Rio Tinto plc (ADR) (NYSE:RIO) , and BHP Billiton Limited (ADR) (NYSE:BHP), are selling mines or considering doing so to shore up finances and concentrate on core operations. And gold has been in a rut that’s caused some of the best miners from Yamana Gold Inc. (USA) (NYSE:AUY) to Kinross Gold Corporation (USA) (NYSE:KGC) to lose 25% or more of their value in the past month. A week ago, gold suffered its largest one-day drop in three decades.

But some of its problems do come at its own hand. Its ill-timed and ill-thought-out acquisition of copper miner Equinox Minerals for $7.7 billion along with leveraging itself so much that it faces a possible credit downgrade could have been avoided. And Thornton was there for most of it, so rewarding him now for his actions (or inaction) is highly inappropriate.

Barrick Gold Corporation (NYSE:ABX)’s Australian mines produced a total of 1.39 million ounces of gold last year, accounting for almost a fifth of its global production of 7.42 million ounces. The problem is that it’s not looking to sell them from a position of strength. A drop in gold’s value wouldn’t affect what it could get for them had it been a better steward of shareholder wealth, but with Barrick Gold Corporation (NYSE:ABX) stumbling around in a fever as it is now, it may very well realize far less than it otherwise would.

However, I maintain gold will come back because individual demand remains strong, whatever the effect of paper gold selling has on its price. Similarly, Barrick Gold Corporation (NYSE:ABX)’s fever will break, and at four times earnings and trading less than its book value, I think this gold miner may yet allow investors to strike a rich vein.

The article Barrick Is Letting It Go to Its Head originally appeared on Fool.com.

Fool contributor Rich Duprey and The Motley Fool have no position in any of the stocks mentioned.