In a secondary public offering, two shareholders of USA Truck, Inc. (NASDAQ:USAK) sold an aggregate of 2.0 million shares at $20.00 per unit As the investors disclosed in their filings, Vadim Perelman’s Baker Street Capital Management sold 1.40 million shares of the company and Mark Cohen’s Stone House Capital sold 600,000 shares. In this way, Baker Street sold its entire stake, and Mr. Perelman resigned from USA Truck’s board of directors, while Stone House held 1.55 million shares prior to the offering, representing 14.6% of the outstanding stock.

USA Truck is a U.S. transportation and logistics provider, based in Arizona, whose stock declined by more than 17% since the beginning of the year. The company has not received any proceeds from the offering. Stephens Inc. was the sole book-running manager for the offering, and Cowen and Co. served as the lead manager. The offering was exercised in full, including over-allotment options of 260,869 shares. 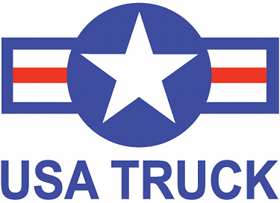 Cannell Capital Fights For Board Changes at TheStreet, Inc. (TST)