Associated Banc Corp (ASBC): Hedge Funds Are Bullish and Insiders Are Undecided, What Should You Do?

Is it smart to be bullish on Associated Banc Corp (NASDAQ:ASBC)?

Now, according to many traders, hedge funds are perceived as overrated, old investment vehicles of a period lost to current times. Although there are more than 8,000 hedge funds in operation today, Insider Monkey aim at the masters of this group, around 525 funds. It is widely held that this group has its hands on the lion’s share of the hedge fund industry’s total assets, and by keeping an eye on their highest quality stock picks, we’ve found a number of investment strategies that have historically beaten Mr. Market. Our small-cap hedge fund strategy beat the S&P 500 index by 18 percentage points annually for a decade in our back tests, and since we’ve started sharing our picks with our subscribers at the end of August 2012, we have topped the S&P 500 index by 33 percentage points in 11 months (see all of our picks from August). 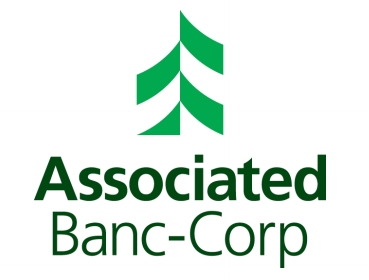 Just as useful, positive insider trading activity is a second way to analyze the stock market universe. As the old adage goes: there are a number of reasons for a corporate insider to sell shares of his or her company, but just one, very simple reason why they would behave bullishly. Plenty of academic studies have demonstrated the market-beating potential of this tactic if piggybackers know what to do (learn more here).

What have hedge funds been doing with Associated Banc Corp (NASDAQ:ASBC)?

At the end of the second quarter, a total of 10 of the hedge funds we track were bullish in this stock, a change of 11% from one quarter earlier. With the smart money’s positions undergoing their usual ebb and flow, there exists a select group of notable hedge fund managers who were boosting their stakes substantially.

When using filings from the hedgies we track, Dreman Value Management, managed by David Dreman, holds the most valuable position in Associated Banc Corp (NASDAQ:ASBC). Dreman Value Management has a $39.7 million position in the stock, comprising 1.2% of its 13F portfolio. Sitting at the No. 2 spot is Ken Griffin of Citadel Investment Group, with a $33.1 million position; the fund has 0.1% of its 13F portfolio invested in the stock. Other peers with similar optimism include Chuck Royce’s Royce & Associates, Cliff Asness’s AQR Capital Management and Jim Simons’s Renaissance Technologies.

As one would understandably expect, specific money managers were leading the bulls’ herd. Dreman Value Management, managed by David Dreman, initiated the most valuable position in Associated Banc Corp (NASDAQ:ASBC). Dreman Value Management had 39.7 million invested in the company at the end of the quarter. Ken Griffin’s Citadel Investment Group also initiated a $33.1 million position during the quarter. The other funds with new positions in the stock are Chuck Royce’s Royce & Associates, Cliff Asness’s AQR Capital Management, and Jim Simons’s Renaissance Technologies.

We’ll check out the relationship between both of these indicators in other stocks similar to Associated Banc Corp (NASDAQ:ASBC). These stocks are Wintrust Financial Corp (NASDAQ:WTFC), Old National Bancorp (NYSE:ONB), PrivateBancorp Inc (NASDAQ:PVTB), Firstmerit Corp (NASDAQ:FMER), and TFS Financial Corporation (NASDAQ:TFSL). This group of stocks are in the regional – midwest banks industry and their market caps are closest to ASBC’s market cap.

BCE Inc. (USA) (BCE): Hedge Funds Are Bullish and Insiders Are Undecided, What...