Healthcare stocks generally offer good dividend yields and a safe stream of cash flow given the recession-proof nature of the industry. However, hedge funds rarely invest in these stocks because of their dividend yields, but rather for the kind of growth potential that they offer. Recent hedge fund investment in healthcare stocks has been greatly influenced by the election of President Trump, who has vowed to reduce healthcare costs for American citizens which could have significant repercussions on the industry. According to a Kaiser Health poll conducted in September 2016, 77% Americans said that prescription drug costs were unreasonable. To prevent regulatory backlash, major drug companies have committed to limit drug price increases.

Many pharma stocks came under pressure after President Trump said that drug prices need to be sharply lowered to bring down healthcare costs, which led to those stocks declining in popularity amongst smart money investors in the fourth quarter. Allergan plc Ordinary Shares (NYSE:AGN), which was the most popular stock at the end of the first quarter of 2016 with 170 funds in our database holding its shares, was held by just 97 hedge funds by the end of the year, and several other major healthcare companies experienced similarly declining sentiment. In this article we’ll specifically look at how hedge funds traded healthcare stocks during the fourth quarter of 2016.

At Insider Monkey, we’ve developed an investment strategy that has delivered market-beating returns over the past 12 months. Our strategy identifies the 100 best-performing funds of the previous quarter from among the collection of 700+ successful funds that we track in our database, which we accomplish using our returns methodology. We then study the portfolios of those 100 funds using the latest 13F data to uncover the 30 most popular mid-cap stocks (market caps of between $1 billion and $10 billion) among them to hold until the next filing period. This strategy delivered 39.7% gains over the past 12 months and outperformed the 24.1% gain enjoyed by the S&P 500 ETFs. Our enhanced small-cap hedge fund strategy returned more than 45% over the last 12 months and outperformed SPY by more than 30 percentage points over the last 4.5 years (see the details). 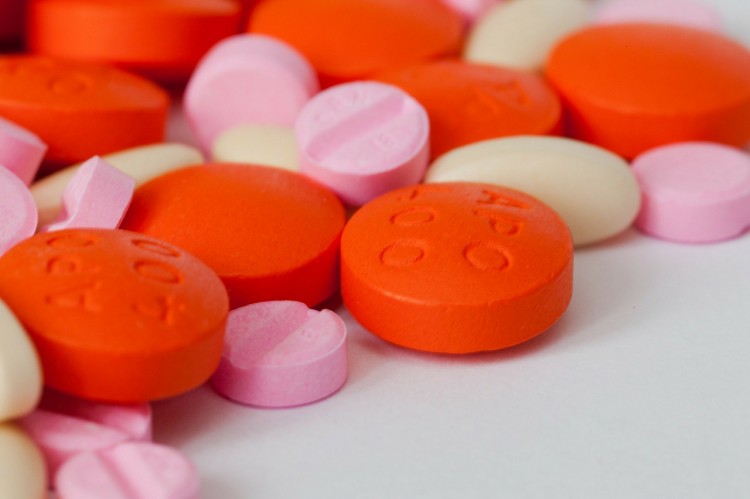 Allergan plc Ordinary Shares (NYSE:AGN) was held by 97 funds at the end of December, down from 115 funds a quarter earlier. Consequently, the aggregate value of funds’ positions declined to $8.19 billion from $10.59 billion quarter-over-quarter. Among the investors that sold off their holdings in the stock in the fourth quarter was Dan Loeb’s Third Point, which exited its position of 3.78 million shares. Some of those funds may be ruing their decision, as Allergan shares have enjoyed 14% gains since the beginning of 2017. Allergan plc Ordinary Shares (NYSE:AGN) beat analyst expectations with fourth quarter revenue of $3.86 billion, topping estimates of $3.77 billion, while earnings of $3.90 per share were in-line with the consensus estimate. The solid performance was driven by higher demand for Botox and eye treatment Restasis, as well as its constipation medicine.

In Gilead Sciences, Inc. (NASDAQ:GILD), 85 funds in our system had amassed $3.3 billion worth of shares heading into 2017. That represented a decline in popularity of two funds from a quarter earlier, while the aggregate value of hedge funds’ holdings fell by $164 million. Steve Cohen‘s Point72 Asset Management sold its entire holding of 141,000 shares in Gilead Sciences, Inc. (NASDAQ:GILD) during the December quarter. The stock lost 9.5% in the final three months of 2016 and is still 1.6% in the red year-to-date. Though the company reported better-than-expected fourth quarter results, its dismal guidance disappointed the market. Gilead predicted 2017 product sales to be in the range of $22.5 billion to $24.5 billion, which would be well below $29.9 billion in sales it pulled in during 2016. Analysts have predicted a sales range of between $26 billion and $27 billion.

On the next page we’ll see how hedge funds traded three other major healthcare stocks during Q4.