The overcapacity in the maritime industry is a strong turnoff for investors. Nevertheless, there are niche plays in the tanker shipping sector that offer potential.

One is Ardmore Shipping Corp (NYSE:ASC), which had its IPO in August. This company can benefit from the strong demand from Asia for natural gas-based chemicals. Tankers fit to transport these raw materials, per estimates, can boost earnings by 12% to an average of $14,500 per day next year. 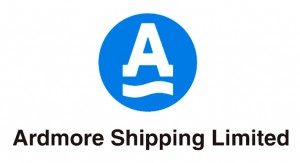 Based in Cork, Ireland, Ardmore Shipping Corp (NYSE:ASC) is adding six chemical tankers to three such vessels already in its fleet. When the fleet expansion is completed in 2015, the company’s total chemical tanker capacity will grow more than three-fold.

The vessels coming into the fleet are fuel-efficient, Eco-design tankers, which charterers prefer because of environmental and safety considerations. Toward this end, the company is also modifying its older vessels in order to reduce fuel consumption and emission, and thus further enhance investment returns.

A play in natural gas tankers

Golar LNG Limited (USA) (NASDAQ:GLNG)  is another potential winner in the tanker transport sector. The rising U.S. exports of natural gas to Asia stand as an earnings catalyst for the LNG tankers of this Bermuda-based company. Notably, the Energy Department this August approved natural gas exports from the Lake Charles, Louisiana export terminal, the third U.S. export conduit to gain the agency’s approval.

Golar LNG Limited (USA) (NASDAQ:GLNG) expects two other subsequent export approvals. The company also foresees a material increase in tonne miles for tankers if the U.S. exports are targeted at Asia and Australia.

To meet the expected demand, the company took newbuild commitments for 11 LNG carriers and two FSRUs (floating storage regasification units). These are in addition to the five LNG carriers already in its current fleet.

Spoiler to look out for

A possible spoiler to this buildup is the campaign by The Dow Chemical Company (NYSE:DOW), Eastman Chemical Company (NYSE:EMN), and Celanese Corporation (NYSE:CE) against the “unfettered natural gas exports” of the U.S. These companies have formed the America’s Energy Advantage coalition along with two metals manufacturer and the American Public Gas Association for this advocacy. Competitive advantage for American industry, security, and jobs are the group’s main arguments.

Indeed, the pricing advantage that American chemical companies stand to lose appears substantial. With natural gas in the U.S., estimates show that it costs $0.12 to $0.15 to produce a pound of ethylene, a raw material of plastic. In Europe, it costs petrochemical plants $0.50 to derive that same amount of ethylene from crude oil.

It seems unlikely, however, that The Dow Chemical Company (NYSE:DOW) group’s initiative will gain enough traction to derail the uptick in U.S. natural gas shipments. Potential earnings are huge from the strong energy demand in China. The market growth is as promising in Japan, which relies almost entirely on imports for its natural gas requirements.

What you can also appreciate about Ardmore Shipping Corp (NYSE:ASC) is the flexibility of its fleet. Besides chemicals and clean petroleum products, the company also has tankers capable of transporting such commodities as vegetable oils. As a result, the company has a diversified customer base and doesn’t rely entirely on business from the energy sector.

Is E I Du Pont De Nemours And Co (DD) Destined for Greatness?

Should You Sell FMC Corp (FMC)?