Apple Inc. (NASDAQ:AAPL)‘s stock currently trades around its 52-week low. The latest smartphone industry report shows that not only are smartphones being adopted at the second-highest rate ever in the U.S., but also that Apple actually gained 4% market share. Why is there such a disconnect between company performance and stock performance?

Investor sentiment
After being the biggest momentum stock of 2011, hitting a high around $700 per share, Apple Inc. (NASDAQ:AAPL) hit a few speed bumps. Its new Maps application that replaced Google Inc (NASDAQ:GOOG) Maps was heavily criticized as an inferior choice. The company ran into supply issues with the new Apple iPhone 5, with shipping times between three and four weeks even two months after its launch. The latest earnings release showed flat profits, and as cost of sales outpaced sales, margins fell. 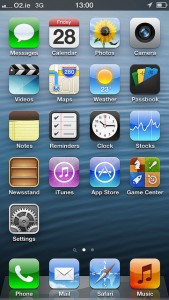 In an industry where a slight trip can lead to a disastrous fall in a few short years, such news spooked investors. Take Research In Motion Ltd (NASDAQ:BBRY), for example. Blackberry once held 20% of the global smartphone market share in 2009, and in 2012 only claimed 5%.

The seemingly unassailable position of Blackberry and its brand were quickly undone by its competition. Blackberry is attempting to regain its footing with a new OS and line of phones, and sold 1 million of its latest Z10 model last quarter, but the next quarter will tell whether it can keep up a sustainable pace of sales.

Additionally, the huge run up in share price of Apple’s stock in 2012, when it had roughly 70% institutional ownership, would lead to a rebalancing of portfolios. And that, together with questionable news on Apple Inc. (NASDAQ:AAPL)’s future, meant that some institutions didn’t want to be caught having Apple on their list of holdings. Institutional ownership is now around 64%. The stock is no longer the “in” thing to hold.

But is the future that bad?
Even with the few missteps, including the strange events that caused CEO Tim Cook to issue an apology to China, Apple Inc. (NASDAQ:AAPL) continues to barrel ahead. But, the market is looking back on Apple stock’s past poor performance and not giving it proper credit.