Matthew Hulsizer‘s Peak6 Investments, L.P. has filed its 13F with the SEC for the reporting period of March 31. Hulsizer, the co-founder and chief executive officer of the firm, entered the spotlight in December 2010 when he placed a bid to buy the NHL’s Pheonix Coyotes, though he later abandoned the deal because of legal issues. The investment manager has an equity portfolio of $13.13 billion as of the reporting period. The fund is primarily invested in the information technology, consumer discretionary, healthcare, and finance sectors. The fund manager initiated new positions in 1,299 stocks during the first quarter of 2015, however we’ll focus on his long-term positions in this article. Hulsizer has maintained positions in Apple Inc. (NASDAQ:AAPL), Southwest Airlines Co (NYSE:LUV), McDonald’s Corporation (NYSE:MCD) and Celgene Corporation (NASDAQ:CELG) dating all the way back to his first 13F filing in the online database of the SEC, for the reporting period of December 31, 2006. 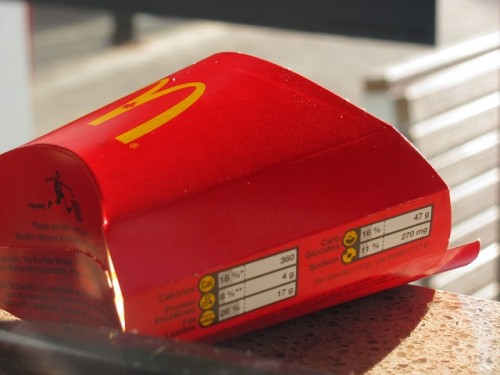 Apple Inc. (NASDAQ:AAPL) is the largest stock investment of Hulsizer. The investment manager owns 1.02 million shares of the iPhone maker, with a market value of $127.33 million. The shares of Apple Inc. have grown nearly 17% year-to-date. In a report released earlier this week, IDC, a global market research firm, reported Apple to be the largest smartphone vendor in China. As per IDC, Apple shipped over 14.5 million units during the first quarter of 2015 and had a 14.7% market share in China. China has served as a catalyst in the recent growth of Apple Inc. (NASDAQ:AAPL). Apple’s CEO Tim Cook expressed hopes of introducing the iPhone maker’s electronic payment system, Apple Pay, to China during his recent visit to the country. As of now, Xiaomi is the largest competition in China for the American smartphone maker. Carl Icahn‘s Icahn Capital, Fisher Asset Management, and Adage Capital Management hold large positions in Apple.

Southwest Airlines Co (NYSE:LUV) comes at number two in terms of the top long-term investments of Hulsizer. The current position of the investment manager includes 875,636 shares of the airline, with a market value of $38.79 million. Hulsizer raised his stakes in the inter-state air carrier by 6% during the quarter. The low-cost passenger airline beat market expectations with its 2015 first quarter results, posting earnings per share of $0.66 against market expectations of $0.64. At the same time, its quarterly revenue of $4.41 billion was slightly ahead of the market expectations of $4.40 billion. As per the records of the Federal Aviation Administration, Southwest Airlines Co (NYSE:LUV) was behind Delta Air Lines, Inc. (NYSE:DAL) in terms of on-time arrivals. While Southwest Airlines boasted a solid on-time arrival percentage of 81.30%, Delta Air Lines reported a higher on-time arrival performance of 83.70%. Some of the investors holding positions in Southwest Airlines include Egerton Capital Limited, PAR Capital Management, and Cliff Asness‘ AQR Capital Management.

McDonald’s Corporation (NYSE:MCD) is the third-largest long-term stock investment of the fund manager. Peak6 holds 320,460 shares of the fast-food chain in its equity portfolio, with a market value of $31.23 million. The largest fast-food chain of the United States has struggled to retain its market share for the past several quarters. As a part of its turnaround plan under new CEO, Steve Easterbrook, the restaurant chain has simplified its menu for drive-through outlets and added some new sandwiches to its existing menu. At the same time, the company is planning some new drinks for the upcoming summer season. Considering the fact that the drive-through zones account for 60% of McDonald’s Corporation (NYSE:MCD)’s revenue, the CEO has put special emphasis on improving the customer experience in that area. The shares of the fast-food chain have improved 3.67% year-to-date. Southeastern Asset Management, First Eagle Investment Management, and Renaissance Technologies are among the top investors of McDonald’s Corporation.

Celgene Corporation (NASDAQ:CELG) is the fourth largest long-term position of Peak6 Investments. The fund holds 255,049 shares of the biopharmaceutical compan, with the shares having a market value of $29.40 million. Celgene Corporation (NASDAQ:CELG)’s shares have largely remained steady, with a 1.36% growth year-to-date. The pharmaceutical company reported net sales of $2.06 billion during the first quarter of 2015, which is 20% higher year-over-year. Its adjusted diluted earnings per share also increased, by 29% year-over-year to $1.07. The biotech firm announced the acquisition of Quanticel Pharmaceuticals for $485 million last month. The deal is likely to offer strength to the oncology drug portfolio of the company. Samuel Isaly‘s healthcare fund Orbimed Advisors, as well as Adage Capital Management hold large positions in Celgene Corporation (NASDAQ:CELG).

Insider Monkey tracks hedge funds’ moves in order to identify actionable patterns and profit from them. Our research has shown that hedge funds’ large-cap stock picks historically delivered a monthly alpha of six basis points and underperformed the S&P 500 Total Return Index by an average of seven basis points per month between 1999 and 2012. These stocks were able to generate alpha because of their lower risk profile. On the other hand, the 15 most popular small-cap stocks among hedge funds outperformed the S&P 500 Index by an average of 95 basis points per month. These stocks were slightly riskier, so their monthly alpha was 80 basis points. These top small-cap picks have returned 141% over the past 32 months, greatly outperforming the market during that time (read the details here).