Matthew Tewksbury‘s Stevens Capital Management has disclosed its equity holdings in a 13F filing with the SEC for the reporting period of March 31. Tewksbury is the Chairman and CEO at Stevens Capital Management, a registered investment adviser that manages a multi-billion dollar hedge fund which has been in business for more than 20 years. Stevens Capital’s equity portfolio stood at $2.81 billion as of the reporting period. The fund specializes in the development and implementation of trading strategies in the most liquid financial markets. Given its very active portfolio that had a high degree of turnover, we will now take a look at Stevens Capital’s top new positions which are Altria Group Inc (NYSE:MO), Celgene Corporation (NASDAQ:CELG), Chipotle Mexican Grill, Inc. (NYSE:CMG) and Occidental Petroleum Corporation (NYSE:OXY). 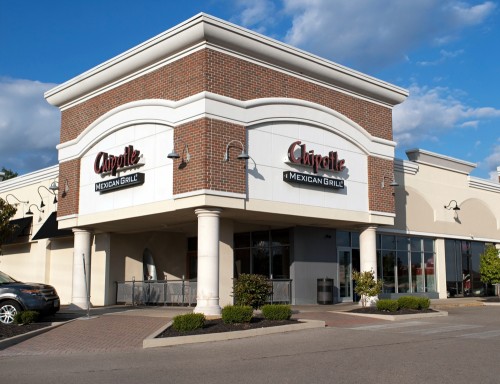 Why do we track hedge funds? We use their disclosed holdings to determine the top 15 small-cap stocks held by the funds we track. We gather and share this information based on 16 years of research, with backtests for the period between 1999 and 2012 and forward testing for the last 2.5 years. The results of our analysis show that these 15 most popular small-cap picks have great potential to outperform the market, beating the S&P 500 Total Return Index by nearly one percentage point per month in backtests. Moreover, since the beginning of forward testing since August, 2012, the strategy worked splendidly, outperforming the market every year and returning 137.7% through April 14, which is more than 80 percentage points higher than the returns of the S&P 500 ETF (SPY) (see more details).

Stevens Capital Management owns 830,051 shares of Altria Group Inc (NYSE:MO) valued at $41.52 million, making it the fund’s top new position and third largest position overall. Altria, one of the world’s largest tobacco companies, declared its first quarter earnings on April 23, reporting diluted earnings per share (EPS) of $0.52, down by 11.9% from the previous year. The company reaffirmed that its 2015 full year adjusted diluted EPS would be in the range of $2.75 to $2.80, which would mean a growth rate of 7-9%. During the first quarter Altria Group repurchased nearly 3.6 million shares of its common stock. Among other things, the company began shipping of its next generation e-vapor product, MarkTen XL. Other investors with big positions in Altria Group Inc (NYSE:MO) include Gardner Russo & Gardner, Adage Capital Management and AQR Capital Management.

Another one of Stevens Capital Management’s new picks is Celgene Corporation (NASDAQ:CELG), with the fund owning a new position which consists of 358,257 shares with the value of the stake amounting to $41.30 million. Celgene Corporation is a US biotechnology company focused on the manufacture of medicines for inflammatory disorders and tumors. For the first quarter of 2015 Celgene reported net sales of $2.05 billion, a 20% increase compared with the first quarter of 2014. First quarter net profit was a strong $719 million or $0.86 per share. The first quarter results show the strength of the company’s product portfolio, including strong sales of such products as Revlimid, Abraxane, Pomalyst, Vidaza, and Otezla. The largest investors in Celgene Corporation (NASDAQ:CELG) among the funds we track are Orbimed Advisors with 3.65 million shares and Adage Capital Management with 1.75 million shares.