The Apple Inc. (NASDAQ:AAPL) iPad used to be the only game in town, but as of late Cupertino has found itself struggling in this department. Consumers are still flocking to iPad devices, but Apple’s usage share is not what it was in the not so distant past.

While this is bad news for Apple, it is good news for other companies, such as Samsung, that are looking to close the gap on the industry leader.

During the 12 month period from January 2014 to January 2015, Samsung tablets made the biggest move in terms of North American usage share. On the flipside, the Apple Inc. (NASDAQ:AAPL) iPad is losing ground in a hurry.

Let’s take a look at the numbers, as generated by Chitika Insights.

iPad users were responsible for 70.8 percent of North American tablet based traffic in the month of January 2015. Still a big number, right? The problem is simple: this is a 7.4 percentage point decrease when compared to January 2014. Even more alarming is the fact that this is a 10.2 percent drop since January 2013.

Samsung, on the other hand, is moving in the opposite direction. In January 2015, its usage share stood at 11.5 percent, up from 6.1 percent the previous year.

Move down one slot, into the number three position, and Amazon experienced a little bit of growth, from 7.7 percent in 2014 to 8 percent this year.

The Problem for Apple

In an overall sense, Apple Inc. (NASDAQ:AAPL) is still performing quite well, especially when you consider its approximately 59 percent lead over Samsung. When you look at the big picture, however, there is a different story.

The trend since January 2013 is not good for the iPad-maker. Year over year, Apple’s North American tablet usage share continues to drop. If this continues, don’t be surprised if Samsung is able to even the score within the next few years.

Chitika sums up the data by saying:

“Taken together, these changes underscore how the tablet market has shifted more recently. As overall growth has slowed, players outside of Apple have begun to make headway in North America with less expensive tablet offerings.”

It is an understatement saying the tablet market has shifted. Just ask Apple Inc. (NASDAQ:AAPL), as the iPad is definitely feeling the movement. 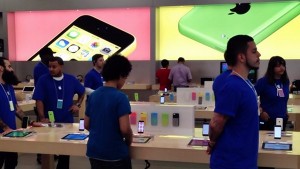 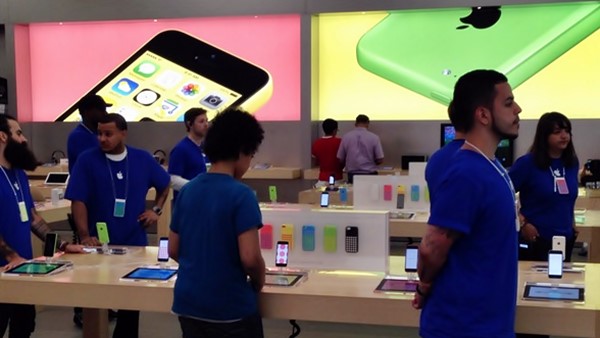