Apple Inc. (AAPL): How Much Can iTV, iWatch Add to Bottom Line?

Apple Inc. (NASDAQ:AAPL) certainly receives its fair share of coverage throughout the trading day, and then some. Earlier this week, we broke news that noted analyst Gene Munster, of Piper Jaffray, was lowering his forecast for the next couple quarters. Specifically, Munster thinks that Apple will only bump its dividend from $10.60 to $14, less than what many bulls are hoping for.

Jim Cramer was also on CNBC discussing the situation earlier on the Tuesday (March 26th) that this was announced, and at Mr. Market’s close, the “Fast Money” team was talking about what the analyst community thought about Apple Inc. (NASDAQ:AAPL)’s potential income-boost.

“I’ve seen some people saying analysts want a 50% hike, even a doubling of the current dividend; people I’m talking to are more in line with Gene Munster over at Piper Jaffray […] around 32-33%. The reason why is twofold […] One, two-thirds of Apple Inc. (NASDAQ:AAPL)’s cash is overseas. They’ll get hit with a big tax if Apple tries to bring it back for dividends. The other is precedent. If they hike the dividend by 50% this year, people expect another 50% hike next year. You can always increase the dividend by more in the future, but if you slow down the rate of hikes, it looks bad.”

Regarding Apple’s move, Fortt asked an important question: “What if Apple does boost it to $3.50 a share, or more than $15 billion a year?”

At current levels, Apple Inc. (NASDAQ:AAPL) offers a dividend yield of 2.3%, while Cisco (2.7%) and Hewlett-Packard (2.3%) are in the same vicinity. As Fortt points out, yes it’s true that Intel pays a better yield of 4.1%, but the tech giant’s payout ratio is more than thrice as high, at 39.4%. Cisco, meanwhile, also sports a payout ratio above the 30% threshold.

Apple pays just 12% of its earnings to shareholders in the form of dividends.

More importantly, Fortt also pondered: “Would it be the kind of catalyst that would cause the stock to run like last year?”

This is the question that many perma-bulls have already answered themselves, and may be at least one reason why mega-investment funds like David Einhorn’s Greenlight Capital and David Tepper’s Appaloosa Management LP were upping their stakes last quarter.

Still, Apple Inc. (NASDAQ:AAPL) obviously has its fair share of bears—say that five times fast—and Fortt’s sources think that a Munster-esque hike would NOT satisfy the market’s majority.

“If you increase the dividend, it opens all of a sudden Apple to become the holding of a dividend fund that needs to see the dividend increases in order to invest in a stock.”

Reformed Broker Josh Brown talked about Apple’s decision, inferring that not all types of income boosts are indicative of an attractive company from an investment standpoint, saying “Talk to an Intel shareholder, and ask him how he likes his 3% dividend.”

“It’s a very anti-Steve Jobs thing to do, because of the return on invested capital is still higher than giving out a dividend, so that’s the big dilemma here. They’re getting pushed by outside investors to do it, and I hope that Tim Cook stays true to the culture of Apple Inc. (NASDAQ:AAPL).”

Brown had an interesting outlook on over the next six-month period, mentioning that:

“When the new line of products and new refreshes come out—that has a better shot at being a driver, than whether or not the dividend is 2 or 3%. That is not what’s going to bring growth investors back into the stock, bidding it higher, expanding the multiple. There’s just no way.”

<—-Click the photo below to see the 14 best iWatch concepts —> 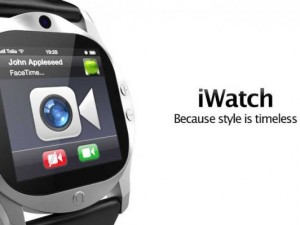 Of course, each investor is entitled to his or her own opinion, but it’s thoughts like these that likely draw the ire of many Cupertino-focused optimists operating on Main Street, thinking that a dividend hike will bring green returns to their portfolios.

So what can investors do in the meantime, and how much can these product releases add to the company’s bottom line?

Research In Motion Ltd (BBRY): Why Apple Inc. (AAPL) Is the Big Dog in the...
Monthly Newsletter Strategy
Download a free copy of our newsletter and see the details inside!
Hedge Fund Resource Center
Billionaire Hedge Funds