Apple Inc. (AAPL): Here’s Why Saber Capital Crazy About It

Saber Capital is bullish on Apple Inc. (NASDAQ:AAPL), which currently occupies 28% of the investment firm’s portfolio. Saber Capital believes that Apple shares are “remarkably cheap” despite the “appreciation in the stock over the past couple years.” In its 2017 investor letter, John Huber, the managing member and portfolio manager of Saber Capital, discussed its thesis on Apple, noting that the Cupertino-based tech giant isn’t “a typical hardware manufacturer.” Let’s take a look at what Huber said about Apple in the letter.

Huberm believes that Apple is “an absolute cash machine.”

During the two years we’ve owned the stock, the company generated over $100 billion of free cash flow, which is equal to about 20% of the market cap at the valuation where we made our first purchase (at around $95 per share). Most of this cash was returned to shareholders via buybacks and dividends. The company isn’t resting on its laurels though – this excess free cash was what was left after spending $24 billion on capital expenditures and $22 billion on R&D, a big chunk of which should be considered growth investment. 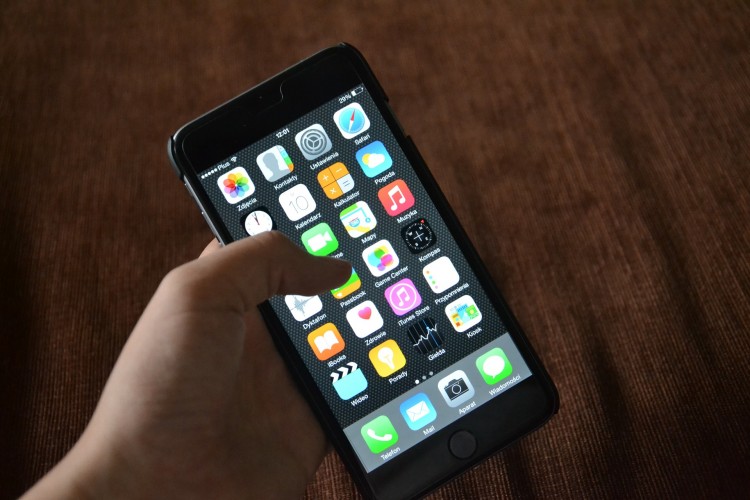 He believes that the market isn’t a typical hardware manufacturer” but it is “a computer company” that is also engaged in other businesses such as music, tablets, and software.

The market continues to value Apple as if it were a typical hardware manufacturer, destined to see its margins erode as competitors develop a better mousetrap. But Apple is a computer company that got into the music business, then phones, then tablets, not to mention software. The Apple Watch didn’t exist a few years ago, but the company is now the largest watch maker in the world. As I said a couple years ago in a letter to investors, Apple’s brand has proven to be effective at transcending products and even industries. While technology is fast-moving and ever-changing, I think it’s very predictable that Apple will have long lines outside its stores five and ten years from now, regardless of what products those customers are waiting for.

Talking about the predictability of Apple’s revenue, Huberm said:

Apple has 1.3 billion active devices around the world (up 30% in just two years). These devices act like digital storefronts, and they are producing a growing stream of recurring revenue from apps, music and storage. More products increase the amount of service revenue, which increases the likelihood that users will return to buy the next iPhone as well as a growing variety of other hardware products.

Imagine if Facebook, in addition to its high margin advertising revenue, could sell a $1,000+ piece of high-margin hardware every few years to each of its 1.4 billion users. That is Apple’s business. In 2017, Facebook’s platform produced $40 billion in ad revenue, while Apple’s 1.3 billion devices helped it rake in $31 billion in service revenue. Apple just gets the added kicker of selling a few hundred million devices each year for over $200 billion as well. That’s nice work if you can get it.

Here are more comments from Huberm:

The company stated that they intend to bring their net cash balance (cash minus debt) to “zero”, and this likely means one of two things: an acquisition, a dividend, or one of the largest corporate stock buybacks of all-time (or possibly some combination of those three). To demonstrate how much this cash is worth, Apple could buy around 800 million shares (about 16% of the company) at the current price. And this is just the cash it has in the bank today – each year another $50 billion or so piles up that the company has to figure out what to do with. First World problems, to be sure…

What’s interesting is that despite the appreciation in the stock over the past couple years, the shares remain remarkably cheap. Apple will earn around $60 billion of free cash flow this year, which is about $12 per share, most of which will find its way back to shareholders. The company has $125 billion in net cash after accounting for all debt and taxes owed, which is around $25 per share. This means that at $160 per share, excluding excess cash, we get one of the world’s greatest and most profitable companies for around 11 P/E. That still seems too cheap.

Investing in Apple won’t win me any stock-pitching contests. But again, investing is not about being original, it’s about looking for the most amount of value with the least amount of risk. I think Apple, at the current price, meets this objective, and likely offers above average returns with far below average risk. A slightly higher valuation combined with some dividends and a much lower share count could yield 40-50% returns or so in a couple years without the market cap being dramatically higher than it is now. Sometimes, the market advances these expected returns more quickly, in which case we would consider selling Apple for more enticing opportunities with higher prospective returns. Until then, we’ll remain very patient and pleased shareholders of one of the world’s greatest companies.

Apple Inc. (NASDAQ:AAPL) is one of the most popular stocks among active managers and hedge funds. As of the end of the fourth quarter of 2017, there were 107 funds in Insider Monkey’s database with positions in the iPhone maker, including Berkshire Hathaway, Ursa Fund Management, and Appaloosa Management.

Shares of the tech giant are up 4.43% since the beginning of this year. While the stock has moved up more than 25% over the past 12 months. AAPL has a consensus average rating of ‘Overweight’ and a consensus average target price of $192.06, according to analysts polled by FactSet Research.

Warren Buffett and Billionaires Are Crazy About These 6 Stocks
Monthly Newsletter Strategy
Download a free copy of our newsletter and see the details inside!
Hedge Fund Resource Center
Billionaire Hedge Funds