The race to build the defining smart watch is on.

Fueled by the initial success of Pebble — the celebratedd Kickstarter-funded project that raised enough money to hit the market this year — a market now exists for a timepiece bracelet that does so much more than merely read time. 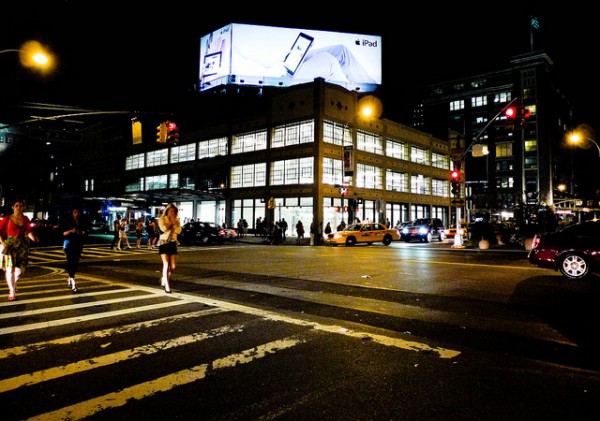 Apple Inc. (NASDAQ:AAPL) has been rumored to be working on an iWatch for months, and rival Samsung confirmed this month that it’s already working on one.

One can always argue that Pebble has already built the iconic smart watch. The device uses Bluetooth to allow smartphone owners to check everything from caller ID on an incoming call, to read email, to check social media notifications.

Apps also allow for Pebble owners to receive everything from weather alerts to run and bike route tracking (for GPS smartphones). Yes, you can use your watch to control the music play list on your phone or iPod touch.

Pebble also retails for just $150, a price that may scare away Apple Inc. (NASDAQ:AAPL) or Samsung if they were planning on hitting the market at $200 or higher.

However, they will come — and so will others.

Investors may be ready to place bets on who will win the smart watch race, but it’s far easier at this point to begin talking down to potential losers.

You didn’t think there would be winners championing a disruptive technology without hurting the disrupted, did you? Let’s go over a few companies that may grow to dread the smartphone.

It can’t. Facebook took a long time to convince investors that it can monetize the small smartphone screen nearly as effectively as traditional desktop usage. How’s it going to cope now that screens are getting even smaller?

Google Inc (NASDAQ:GOOG)
When it comes to wearable computing, no one seems to be on the cutting edge the way that Big G is leading the charge. Have you seen those Google glasses?

Google is smart. It knew that tablets and smartphones would eat into conventional PC Internet usage, so it made sure that it cornered the market with its Android open source mobile operating system. Google’s goal is to serve more ads. Online advertising continues to make up the lion’s share of its business.

How will it profit if folks can look at their watches for email texts and weather updates?

Google Inc (NASDAQ:GOOG) may very well put out its own smart watch, but if it doesn’t, it’s only because it realizes that it’s a revenue stream that will be difficult to paddle through.

Netflix, Inc. (NASDAQ:NFLX)
The most popular third-party app when the iPad hit the market was Netflix’s streaming application. Tablets were made for streaming video, and Netflix has been one of the unheralded success stories of this new era.

One can argue that a smart phone won’t get in the way of streaming, at all. No one was going to stream video from a tiny screen on the wrist, and it’s not going to take away from the time earmarked to kick back and stream video.