Apple Inc. (AAPL) Doesn’t Get It, and Neither Does Research In Motion Ltd. (BBRY)

For all of the things that Apple Inc. (NASDAQ:AAPL) does incredibly well, designing or buying inspiring advertising campaigns is simply not one of them. The current series that’s airing to promote the iPhone lands somewhere between mildly interesting and utterly boring. Research In Motion Ltd (NASDAQ:BBRY), which is in full blown make-or-break mode, continues to either not understand its target market or not be able to reach that demographic.

To put some of this context, Samsung rocketed past all competitors to spend more than $400 million on advertising in 2012, growing its smartphone market share at a breathtaking pace. Samsung’s ads work, not just because they’re a part of a pricey campaign, but also because they’re entertaining and often edgy. If Apple and Research In Motion Ltd don’t learn this lesson soon, the quality of their respective products may not be sufficient to even maintain the status quo.

The current state of affairs
To place this conversation into some meaningful framework, it’s worth looking at the current Apple commercial and at the current BlackBerry commercial. While neither is terrible, neither particularly inspires the purchase of the device, nor differentiates the device being advertised from every other touchscreen smartphone on the market. When I’m considering a new phone, I want to know what makes it different and better, not what makes it just like all of the rest.

In Apple Inc. (NASDAQ:AAPL)’s case, this presents the fallback position for consumers, I fear that the reason the commercial doesn’t highlight some unique advantage of the iPhone is that none exists. Particularly if you’re considering an upgrade, you want to know what this new version does that your existing phone can’t already do. Apple attempted this type of ad by demonstrating that the iPhone 5’s screen was built to thumb size instead of the bulky 4-plus inches the competition offers. These were pulled ostensibly because it dawned on Apple that if you want to watch video on your phone, you don’t care as much how easy it is to navigate with your thumb.

Particularly for Apple Inc. (NASDAQ:AAPL), which holds itself out as the leader in both innovation and cachet, an ad campaign that highlights things we all expect our phones to do anyway doesn’t get the job done. The tagline might as well read: “Apple. Meeting expectations. Barely.” For multiple generations of the product, the masses considered the iPhone the aspirational device because it was cool and led the way. Apple needs to remind us that it’s still in the hunt.

Research In Motion Ltd (NASDAQ:BBRY), in my opinion, should be targeting business users, reminding us that its devices are still the best at something, and educating us about what features make it worth taking a look. Diving across a soccer field that morphs into a pool, and being told to “keep moving,” doesn’t feel like a winning approach. I would imagine that I, and many like me, will take that advice and keep moving right to the next option. Research In Motion Ltd must get people interested in seeing its devices if it wants to get into the fight.

Getting it done
The Wall Street Journal recently ran a piece that explored the shift that has occurred in smartphone marketing over the past year: “In 2012, Samsung spent $401 million advertising its phones in the U.S. to Apple’s $333 million, according to ad research and consulting firm Kantar Media. The onslaught — including ads that poked fun at Apple Inc. (NASDAQ:AAPL) while dubbing Samsung devices ‘The Next Big Thing’ — has helped Samsung open a huge lead in the global smartphone race.” Samsung has spent big, but also it has spent smart.

What has given Samsung such a boost in its ads is the content. Not only do these commercials inform you about how and why Samsung products are superior, but they also create a desire to join that club. Examples include the kids saving a place in the iPhone line for their parents — “Galaxy phones are young and hip” — and a story of a wife touching her phone to her husband’s to give him some “special” pictures for his business trip. 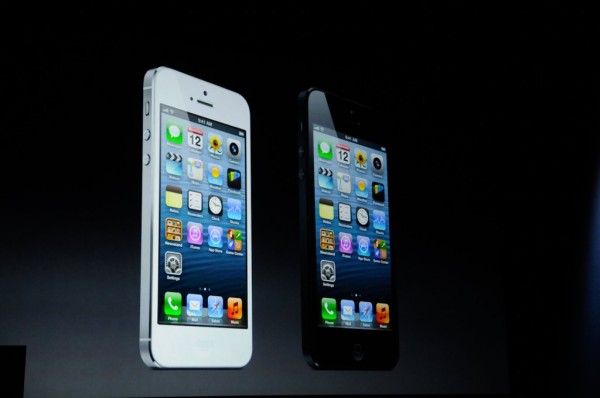 This really needs no explanation as an aspirational concept. The company has deftly created buzz that its competitors lack.

While I would never advocate an investment strategy driven by commercials, keeping an eye on Samsung’s marketing prowess and the lack shown by Apple Inc. (NASDAQ:AAPL) and Research In Motion Ltd (NASDAQ:BBRY) has become an increasing important element of understanding these three companies.

The article Apple Doesn’t Get It, and Neither Does BlackBerry originally appeared on Fool.com.

Fool contributor Doug Ehrman has no position in any stocks mentioned. The Motley Fool recommends and owns shares of Apple.

Apple In China: Apple Not Making Many Friends in China

ComScore and Google: According to ComScore, Google Top Dog for Desktop and...
Monthly Newsletter Strategy
Download a free copy of our newsletter and see the details inside!
Hedge Fund Resource Center
Billionaire Hedge Funds