Here’s another example of analyst and media bias against the maker of one of the best-selling consumer items in history. An article was just published online that compares headlines and media buzz in the periods immediately after the release of two competing products.

One of them was the iPhone 5, the latest version of the iconic smartphone from Apple Inc. (NASDAQ:AAPL). Last September it went on sale and the company reported it had sold 5 million units during the first weekend it was available, a record for the company. However, the financial media quoted several analysts that said the numbers were “disappointing.” Some were expecting 7.5 million units to be sold. That helped trigger a swoon in the stock price. Apple has lost more than a third of its market cap since. 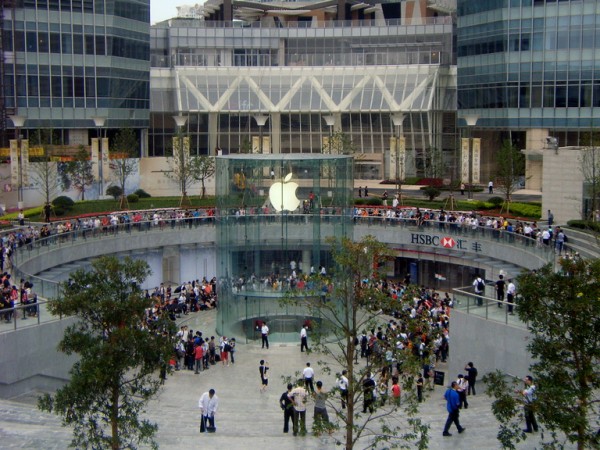 It wasn’t until Apple Inc. (NASDAQ:AAPL) announced it was returning some of its cash pile to investors in the form of an enhanced stock buyback program and a 15% dividend increase that the share price stabilized a bit.

The latest model Galaxy smartphone from Samsung , the S4, was released in mid-April. The company, which usually doesn’t provide information on individual products, estimated that 10 million units will be shipped in the first four weeks after release.

Analysts and pundits gushed over the news. One financial publication had a headline that blared that the results were “strong.” Another said “impressive.” The blogosphere lit up like Samsung was a rock star that released its latest in a long line of Grammy-winning albums.

A few analysts have gone against the grain. Walt Mossberg called the S4, Samsung’s answer to the iPhone 5, “a good phone, not a great phone.” Another article I read about the Samsung device used the word “underwhelming.”

Apple Inc. (NASDAQ:AAPL) sold about 12 million units, 2 million more than the number of S4s that were shipped, in the first four weeks that the iPhone 5 was available. I didn’t hear the Samsung gushers say much about that.

The 10 million S4 shipments aren’t really sales, yet. The figures are just the number of phones that wireless carriers, not end-users, have obtained. Some are still sitting on shelves.

Still other recent pronouncements claim that Apple Inc. (NASDAQ:AAPL) has lost its mojo and is not very innovative anymore. After all, it’s been three whole years since the iPad first came out. The people making the claims seem to be saying “what have you done for me lately, Tim?” That is in reference to Tim Cook, Apple CEO.

Apple Inc. (AAPL): Some More Details About The Next iPad
Monthly Newsletter Strategy
Download a free copy of our newsletter and see the details inside!
Hedge Fund Resource Center
Billionaire Hedge Funds