Last month, T-Mobile introduced its new “un-carrier” plans, which — along with the launch of Apple Inc. (NASDAQ:AAPL)‘s iPhone on the T-Mobile network — are meant to grab market share back from larger rivals AT&T Inc. (NYSE:T), Verizon Communications Inc. (NYSE:VZ), and Sprint Nextel Corporation (NYSE:S). The essence of T-Mobile’s idea is that it will not subsidize phone purchases, but plans will be cheaper and customers will not be locked into two-year contracts. While many customers are put off by cell 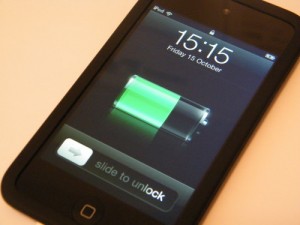 phone contracts and the high cost of service, I am skeptical that T-Mobile’s plan will take off. In fact, the strategy reminds me of another major company that recently tried (unsuccessfully) to “retrain” customers: J.C. Penney Company, Inc. (NYSE:JCP).

The big idea
Typically, the three big carriers subsidize customers’ phone purchases with the signing of a two-year contract. AT&T Inc. (NYSE:T), Verizon Communications Inc. (NYSE:VZ), and Sprint don’t do this out of the goodness of their hearts. Their voice, text, and data plans are priced well above cost, and the two-year contract assures the carriers that they will earn enough profit to recoup the subsidy. T-Mobile’s idea is to create a more straightforward and honest pricing scheme. Plans will be cheaper, and customers have the option to bring their own GSM phones, or to buy a phone from T-Mobile, which can be paid for up front or financed over two years.

For customers, a major advantage of T-Mobile’s new plans is that there is no “use it or lose it” upgrade cycle. At the other three carriers, plans are more expensive (to cover the cost of big phone subsidies), which means that customers who do not take advantage of the option to upgrade every other year are overpaying. Customers who finance phones through T-Mobile will be able to upgrade after two years if they want to do so, but they can also save money by upgrading less frequently.

Apples-to-Apple Inc. (NASDAQ:AAPL)s
Comparing T-Mobile’s plans to those of other carriers is complicated by the fact that the four big carriers do not offer fully comparable services. Verizon does not even offer individual data plans any more: everything is a shared/shareable plan. The only true equivalent to T-Mobile’s unlimited plan is Sprint’s “Simply Everything” plan, which is $109.99 per month. That’s significantly more than the $90 per month T-Mobile customers would pay when financing an Apple Inc. (NASDAQ:AAPL) iPhone. On the other hand, for people who can make do with 450 anytime minutes (for calls before 7 p.m. on weekdays), Sprint offers an unlimited text and data plan for $79.99 — $10 less than the T-Mobile unlimited plan. AT&T individual plans are slightly pricier, and — as noted earlier — Verizon Communications Inc. (NYSE:VZ) only offers shared plans now.

Comparisons get even more complicated when looking at family plans. For a family with three smartphone lines, Sprint’s $179.98 price for three (subsidized) smartphones, unlimited text and data, and 1,500 anytime minutes seems hard to beat. Furthermore, AT&T and Verizon are fairly competitive on price with Sprint and T-Mobile for couples and families. AT&T Inc. (NYSE:T) and Verizon both offer plans for $200 or less per month with three smartphones, unlimited voice and text, and 6 GB of shared data. By contrast, T-Mobile’s unlimited data share plan is $150 for three smartphones, and a plan that provides 2.5 GB per line is $120 per month. If each user is financing an Apple iPhone for $20/month, the T-Mobile plan costs more than the comparable Sprint plan, and is only slightly cheaper than the AT&T Inc. (NYSE:T) and Verizon share plans.

Apple Future Plans: Apple – Is It Planning For a Future of No Internet...Adobe Systems Incorporated (ADBE), Google Inc (GOOG): Does This Cloud Have...