When it comes to biotechs, Amgen, Inc. (NASDAQ:AMGN) qualifies for the senior citizen discount. The company, founded way back in 1980, ranks as one of the pioneers of the industry.

Amgen announced its latest quarterly results after the market close on Tuesday. Investors were clearly disappointed, with shares falling 6% in after-hours trading. Should you buy stock in Amgen after this pullback — or is this oldie no longer a goodie?

Crunching the numbers
Amgen announced adjusted earnings of $1.96 per share, a 22% increase year-over-year. This easily beat analyst estimates of $1.84 per share. 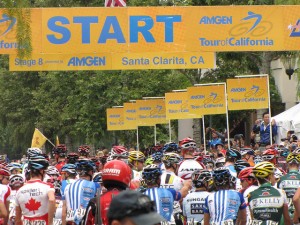 With good earnings results, why did shares drop so much in trading after the market close? One answer comes from the top line. Amgen, Inc. (NASDAQ:AMGN) reported revenue of $4.2 billion in the first quarter, up 5% from the same period in 2012. However, this total missed the consensus analyst expectation of $4.37 billion.

Also, part of the improvement in adjusted earnings stemmed from tax benefits and share buybacks. That makes the earnings growth somewhat less impressive. Amgen’s adjusted net income for the quarter still grew 16% compared to 2012, though.

The biotech also provided earnings guidance for full-year 2013 above the midpoint of the range from $7.05 to $7.35 per share. This projection comes in near or perhaps higher than the $7.21 per share average analyst estimate.

On revenue, though, Amgen reiterated previous guidance of $17.8 billion to $18.2 billion. Analysts expect revenue of $18.07 billion.

Looking ahead
If shares stay down 6% or so after these quarterly results, is Amgen, Inc. (NASDAQ:AMGN) a buy? I think so.

However, Enbrel is still showing solid growth with first quarter 2013 sales up 11% year-over-year. Amgen stands to benefit beginning later this year as Pfizer Inc. (NYSE:PFE) yields its royalties for the North American sales.

Also, while AbbVie Inc (NYSE:ABBV) loses patent exclusivity for Humira at the end of 2016, Amgen received patent approval in 2011 that should give Enbrel protection through 2028. This could allow Amgen, Inc. (NASDAQ:AMGN) to gain the lead in the rheumatoid arthritis market, although the competition should continue to be fierce.