American Railcar Industries, Inc. (ARII): This Company Is on the Right Track

American Railcar Industries, Inc. (NASDAQ:ARII) peaked at $47 per share back in April. Since then, the stock has declined nearly 30% to its current price. A 30% drop is enough to make even an adrenaline addict’s stomach sick. This red flag may be enough to keep the average investor away. But, if you look closely, you may find this railroad stock to be right on track.

Things were looking good for American Railcar Industries, Inc. (NASDAQ:ARII). The stock doubled between May 2012-April 2013. The company’s income was increasing big-time, largely due to increased U.S. oil production. But in April, the company reported an earnings miss. Shares tumbled 11% that day, and have continued falling since.

The earnings report — though missing estimates — was still a good one. Revenue increased 7%, while net income increased 49%. This reflects the bigger trend over the past couple years. 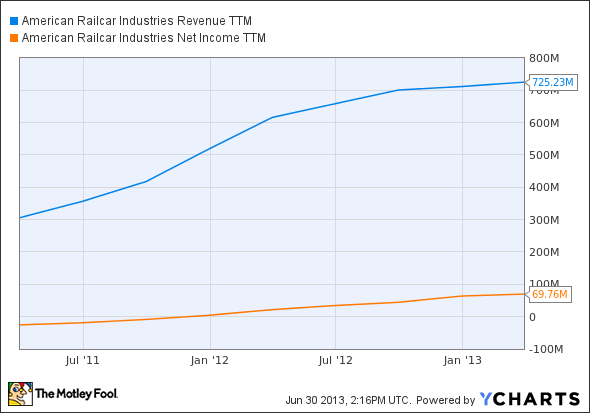 Investors are becoming more cautious now that oil-by-rail — the industry’s biggest growth driver — slowed 5% from May-June. This concern may be a little out of perspective since oil-by-rail shipments this June were still up 28% from last year.

As the United States shale oil revolution booms, so does business for American Rail. This company manufactures the cars needed to transport mostly oil, but also construction supplies and food. Obviously, oil production is surging, which is creating demand for these rail-cars and outpacing production.

As demand has picked up, margins have improved. 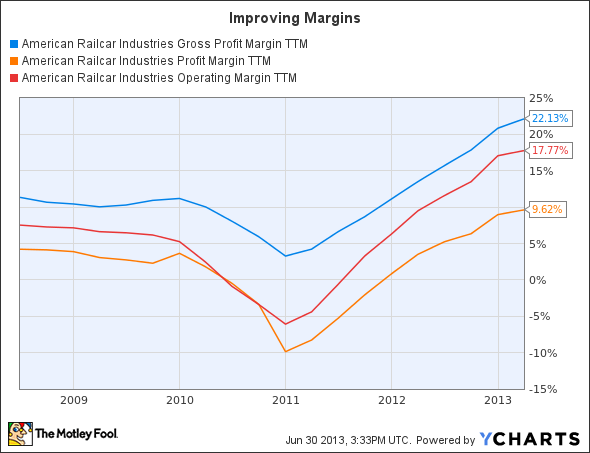 This has allowed American Railcar Industries, Inc. (NASDAQ:ARII) to start paying out a dividend after a two year hiatus. The dividend has been paid out the last three quarters and currently sits at 3%.

There has been a general bullish sentiment in the railroad sector over the past year. 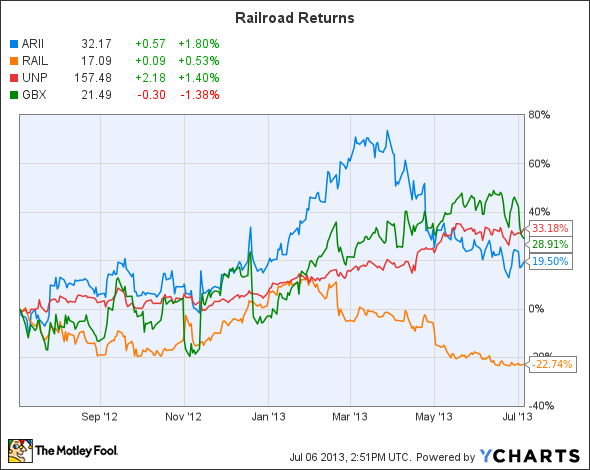 A December 2012 report by the Association of American Railroads demonstrated the growth of oil-by-rail. In 2008, only 9,500 carloads of crude — around 800/month — were shipped by rail. Last month alone, 13,664 carloads were shipped.

This increase is good for all the players in the railroad industry. In addition to American Railcar Industries, Inc. (NASDAQ:ARII), FreightCar America, Inc. (NASDAQ:RAIL), Union Pacific Corporation (NYSE:UNP), and Greenbrier Companies Inc (NYSE:GBX) have all witnessed a bump in revenue, though some have maximized this better than others.

The good news for American Rail