The international credit card business is, in its majority, divided between three names: American Express Company (NYSE:AXP), Mastercard Inc (NYSE:MA) and Visa Inc (NYSE:V). Since the business is a natural oligopoly, these three names will surely continue to enjoy the current trend away from cash to card and digital payments. This is particularly true in emerging markets (EMs) where cash is still the norm in everyday transactions. While Visa and Mastercard Inc (NYSE:MA) are somewhat similar, American Express Company (NYSE:AXP) has a more elitist approach and a huge amount of brand value in some EMs. Let’s take a look at the three companies and see which one should be held right now. 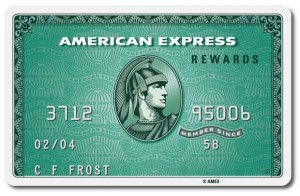 American Express Company (NYSE:AXP) has been held by Warren Buffett for years. The company seems to be eternally cheap (relative to its two main competitors), but its payment network is much less powerful than Visa Inc (NYSE:V)’s or Mastercard Inc (NYSE:MA)’s. That said, the company is a great cash flow machine.

In the first quarter, the company did a good job (again), reporting first quarter EPS of $1.15, ahead of the consensus estimate of $1.12. Results were good but revenue growth slowed about to 4% from the fourth quarter, and reserve release continued to provide earnings benefits. Despite the disappointing growth, credit remained strong and was largely in line with expectations, as card member lending losses of $304 million were down 2% quarter over quarter and the net loss rate remained flat at 2%. That said, its capability to generate cash flow is increasing and the company is always ready to give cash back to its shareholders, despite of its low 1.3% dividend yield. Management highlighted that the company has approval for up to $3.2 billion in buybacks for the remainder of 2013, even though the company already repurchased 13 million shares for $800 million in the quarter.

With its tier one common ratio at 12.6% (up from 11.9% in the fourth quarter) and with an expected ROE of 26%, American Express Company (NYSE:AXP) trades at 2013 13 P/E, which makes its by far the cheapest company within its segment.

MasterCard and Visa: The two credit titans have plenty of room for growth

The two largest payment processors are growing fast. In the first quarter, revenues at Mastercard Inc (NYSE:MA) grew 8% year over year, while Visa Inc (NYSE:V)’s grew by 15%. Even if MasterCard’s growth seems low relative to Visa’s, the second credit card brand in the world still offers growth at a sensible discount. Besides, Mastercard Inc (NYSE:MA) offers higher international exposure since the company owns its European operations, while Visa Europe belongs to a group of banks.

Visa is not only growing fast but also becoming increasingly profitable. Having beaten EPS expectations for the first quarter by almost 6%, I expect the company to grow EPS by more than 21% in 2013. Trading at a 23 P/E and with an expected 17.9% ROE, the company is worth its price. Mastercard Inc (NYSE:MA) is also performing well. The company did beat expectations (although barely), and trading at a 22 P/E is also a worthy investment. MasterCard has an amazing 42% ROE and has a very aggressive share repurchase plan of $2.3 billion in 2013, $2.4 billion in 2014 and $2.8 billion in 2015.

The article Credit Cards: Which One Should You Own? originally appeared on Fool.com and is written by Federico Zaldua.