Apple Inc. (NASDAQ:AAPL)’s numbers this quarter were pretty impressive. While its sales of Macs and iPods were down, iPhones and iPads sky rocketed from the same period a year ago. These devices netted a total increase of 7.9 million units, highlighted by iPad sales that increased by 7.7 million, or 65%. 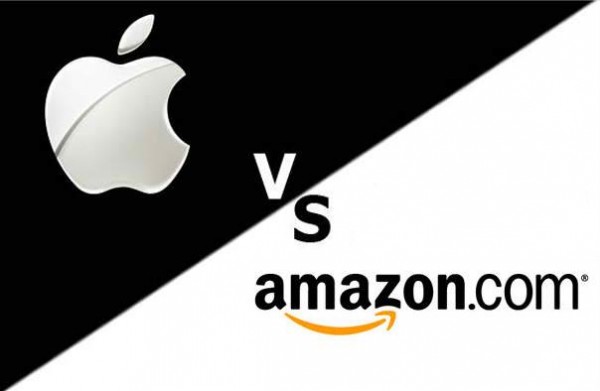 These 66.4 million devices sold by Apple Inc. (NASDAQ:AAPL) in Q1 generated $43.6 billion dollars. While it would be impossible to tell how many of those users downloaded apps or used iTunes, we do know that less than 6% of Apple’s revenue was generated through them. We also don’t know how many people bought both an iPad and an iPhone, or any other combination of iDevices.

If these figures are true, Apple is generating 1 customer to every 8.57 visitors. While there is no accurate way to measure how many people have visited Amazon.com, Inc. (NASDAQ:AMZN)’s website, we can be assured that more people visit it than the 209 million active users. For the sake of this example, let’s assume the ratio is similar. If Amazon generated 1 customer for every 8 visitors to its website, it would have 1.6 billion users. Not only is this ridiculous, but to keep pace with Apple’s revenues, Amazon.com, Inc. (NASDAQ:AMZN) would have to generate $96.31 billion every quarter.

Amazon is an e-commerce company, so it should fare better when revenues are compared to employees. After all, it doesn’t have all the brick and mortar stores that Apple does. Surprisingly, this isn’t the case. Amazon generates $180,995 for each of its 88,400 employees. Apple manages to generate $598,901 for each of its 77,800 employees.

This can only mean one thing: Apple knows how to generate revenue.

If Amazon was able to accomplish this same ratio, they would be generating approximately $53 billion of revenue each quarter. Now, don’t get me wrong: Amazon is growing very quickly, with revenues increasing 28% year-over-year. It’s active user base has also grown 21%. Amazon simply hasn’t found a way to maximize its revenues as well as Apple has.

Where does it come from?

There is a big difference in how these companies make money. Apple derives 77.5% of its revenues from mobile devices (iPhones, iPads, and iPods). This means that Apple has generated approximately $131 billion from mobile devices in the past twelve trailing months. Just think, that is almost as much revenue as Apple has in available cash! That’s a crazy thought.Apple might understand the importance of the mobile platform better than any other company out there.

Amazon acquires about 55% of its revenues from electronics and general merchandise. Kindle hardware generates just under 9% of its total revenues, but that figure will likely jump as the company recently announced expanding sales to 170 additional countries. Amazon has received help from numerous companies in doing this, but only one can claim to own the best selling device on Amazon. For several months, Samsung‘s  Chromebook has been the top seller on the retail giant’s website. But that’s not the only place Samsung generates its income.