Should you be bullish on Ally Financial Inc (NYSE:ALLY), Harbinger Group Inc (NYSE:HRG), Alcoa Inc (NYSE:AA), and CenterPoint Energy, Inc.(NYSE:CNP)? According to our research, an investor can beat the market by investing in the top picks of big hedge funds. We follow around 750 funds, among which is Lion Point, which had all four of those companies among its top picks. Therefore, we decided to examine these stocks, see how they performed in the third quarter, and what was the general smart money sentiment towards them.

Lion Point was founded by ex-Elliott Management portfolio manager Didric Cederholm in 2015. Lion Point’s portfolio had a total value of about $376.51 million on June 30 and the fund returned 13.96% in the third quarter from its 7 long positions in companies having a total market cap of at least $1 billion. As you’ll see below, some of its top picks are also held by Elliott Management, suggesting Cederholm carried some of his favorite stock ideas with him to Lion Point.

Lion Point was one of 627 funds in our database that returned positive gains from their long positions in $1 billion+ companies in the third quarter. Our research shows that the hedge funds in our system with at least 5 non-microcap stocks in their 13F portfolios tend to outperform on the long side of their portfolios. In the third quarter, 95% of such hedge funds returned an average of 8.3% from those positions, whereas S&P 500 ETFs returned only 3.3%. We should note that hedge fund investors didn’t see average gains of 8.3% in their statements because overall gains of hedge funds go down due to losses from short positions. Having that in mind, let’s analyze Lion Point’s top picks. 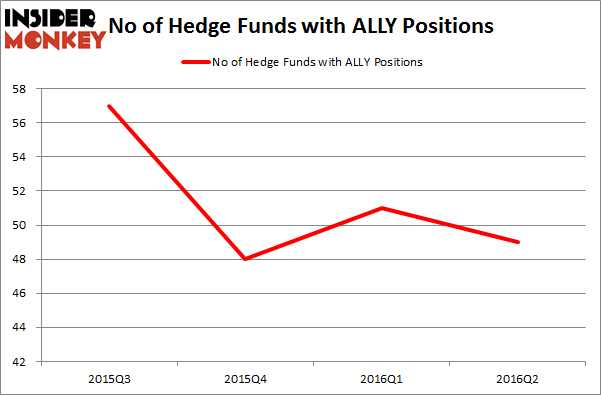 Lion Point added Harbinger Group Inc (NYSE:HRG) as a new position to its portfolio in the June quarter, and the move proved to be fruitful, as the stock returned 14.3% in the next quarter. Lion Point had a total of 3.66 million shares of Harbinger, having a total value of about $50.36 million on June 30. At Q2’s end, a total of 25 of the hedge funds tracked by Insider Monkey were long this stock, a 14% fall from the first quarter of 2016. Of the funds tracked by Insider Monkey, Leucadia National, managed by Ian Cumming and Joseph Steinberg, holds the largest position in Harbinger Group Inc (NYSE:HRG). Leucadia National has a $639.8 million position in the stock, comprising a mammoth 74.1% of its 13F portfolio. The second-largest stake is held by Omega Advisors, managed by Leon Cooperman, which holds a $141.5 million position. Remaining hedge funds and institutional investors that hold long positions include Jason Karp’s Tourbillon Capital Partners, Marc Lisker, Glenn Fuhrman and John Phelan’s MSDC Management, and James H. Litinsky’s JHL Capital Group.