The global biotechnology industry is expected to reach $320 billion by 2015, up from $232 billion in 2012. Improving healthcare infrastructure and focus on research and development is driving industry growth. The companies in this industry are developing new drugs and performing clinical trials for FDA approval. This article analyzes three biotech companie which are small in terms of market cap. With new products and continuous efforts for product development, these companies provide prospects for long-term growth. Let’s discuss these companies in detail. 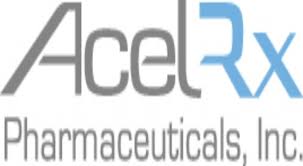 This drug uses a non-invasive route, providing improved pain relief with less adverse effects, enhancing patient satisfaction. Zalviso will cost $150- $300 for two day treatment compared to $100- $200 for IV PCA with morphine. It is expected that Zalviso will receive FDA approval in the third quarter of 2014. Zalviso has the potential to reach sales of $80 million in 2015 and $191 million in 2016.

On July 18, 2013, the company announced the price of its previously announced underwritten public offering. The company will offer 3.8 million shares at a price of $11.65 per share. The gross proceeds from the offering will be approximately $44.27 million before deducting underwriting commissions. As AcelRx Pharmaceuticals Inc (NASDAQ:ACRX) is a development stage pharmaceutical company, the raised capital will benefit product development program and clinical trials. It has other products in its pipeline, which include ARX-02 for treatment of cancer pain and ARX-03 for reducing anxiety.

Eteplirsen efficacy and safety profile will benefit in the long run

Sarepta Therapeutics Inc (NASDAQ:SRPT) announced updated data of its Phase IIb study of eteplirsen last month. Eteplirsen is the company’s lead exon skipping drug under development to treat patients with Duchenne muscular dystrophy, or DMD. This is a genetic disease, resulting in muscle degeneration and eventual death. The 84-week results showed stabilization of walking ability in patients treated with this drug, evaluated on a six minute walking test. There were no serious adverse events or side effects reported from this drug.

The strong safety profile will differentiate Eteplirsen and allow it to capture the majority of its market. The company submitted data requested by the FDA and expects approval of the drug in the third quarter of 2013. The accelerated approval will allow the company to introduce this drug in the market by the end of 2014.

The company also has an infectious disease program known as Marburg virus program. On May 7, 2013, it announced that it started Phase I clinical trial of AVI-7288. The drug treats Marburg virus infection. The phase I study will find safety, tolerability, and pharmacokinetics of AVI-7288 after repeated dosing in healthy adult volunteers. The company is developing AVI-7288 under contract from the U.S Department of Defense. Currently, there is no treatment for Marburg virus infection. If the drug is successful, there is enormous revenue opportunity from the Marburg virus program.

Reconstruction of manufacturing facility and progress with subsidiary

On May 27, 2013, Neptune Technologies & Bioressources-Ord (NASDAQ:NEPT) announced the reconstruction of its production facility in Sherbrooke. In order to meet increased demand, the company planned expansion of this facility to generate an additional 150,000 kilograms of krill oil per year. An explosion destroyed the plant in November 2012. The expansion facility that was near completion at the time of explosion is the focus of reconstruction. The construction will be complete by the fiscal year ending February 2014, costing around $30 million. Due to destruction of this facility, revenue is expected to fall to $16 million in fiscal year 2014, compared to $25 million in fiscal year 2013.

In 2012, Acasti Pharma, a subsidiary of Neptune Technologies & Bioressources-Ord (NASDAQ:NEPT), entered into a royalty prepayment agreement with its parent company. In June 2013, it decided to pay all the future royalties covered under the agreement and become royalty free. The value of royalty prepayment was approximately $15.5 million, paid to Neptune through issuance of Acasti common shares. This prepayment increases Neptune’s equity participation in Acasti from 57% to 60%.