It wasn’t all bad for Apple Inc. (NASDAQ:AAPL) when management was grilled by lawmakers last week over its tax strategies. Several members of the Senate subcommittee bashed the corporate income tax code instead of Apple, noting that Apple was legally playing by the rules, albeit extremely effectively. Besides, plenty of other tech giants use the same strategy.

The blame game
The former Republican senator from New Hampshire has written an op-ed for The Boston Globe aptly titled, “Not Apple’s fault.” Sununu notes the irony that Senator Carl Levin, who spearheaded the anti-Apple sentiment, was the only lawmaker whose tenure goes back as far as Apple Inc. (NASDAQ:AAPL)’s tax structure. Levin took office in 1979, just a year before Apple established its Irish subsidiaries in 1980.

Like all American corporations, Apple just seeks to legally minimize its taxes and avoid the corporate 35% tax rate wherever possible, seeing as how that rate is among the highest in the industrialized world. 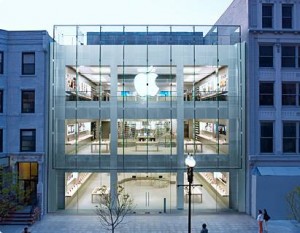 Sununu also praises CEO Tim Cook for his confidence, reiterating that Apple Inc. (NASDAQ:AAPL) pays “every single dollar” that it owes in taxes while emphasizing weaknesses in the current tax code. Cook expressed no remorse for the corporate structure that’s been around for over three decades, including when Apple Inc. (NASDAQ:AAPL) was flirting with bankruptcy in the late ’90s. In Sununu’s opinion, that helped refocus blame to where it belongs: Congress.

Sununu’s opinion piece ends succinctly: “[The Senate subcommittee] also provided a reminder that those responsible for the mess were asking the questions, not sitting at the witness table.”

The article A Former Lawmaker Rushes to Apple’s Defense originally appeared on Fool.com and is written by Evan Niu, CFA.