If you like shooting images with your inseparable friend  – your precious smartphone, then you might be interested in getting one of these 6 smartphones with xenon flash. Don’t know what is a xenon flash? Good, we are here to tell you something about it.

Have you ever been photographed by someone with a flash so strong that left you blind for a couple of seconds? Yes? Then, chances are you have been introduced with a xenon flash. Joking aside, xenon flash is a type of flash that emits very strong, full-spectrum white light. Good thing for the people, who are being directly shot, this flash lasts short (possibly, not to leave any serious damage to people’s eyes). 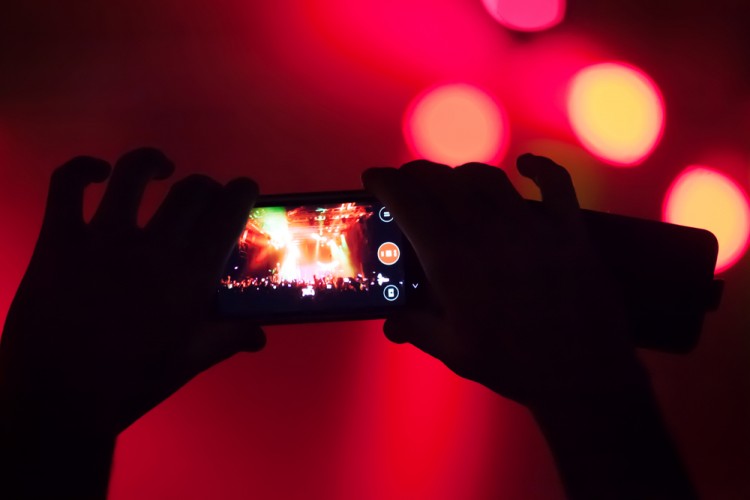 How does xenon flash work?

Xenon flash is named after xenon gas that creates the light. If you are into cars, then you probably know about xenon lights – which use the same gas, naturally, and leave other drivers sightless. When this gas (inside a  flashtube circuit) is administered with high voltage, the magic happens.  A photographer gets much brighter and sharper image, using xenon over regular LED flash. Hence, if you like shooting images in the night clubs or in other places where the lighting is not that good, you might consider buying some smartphone on our list below. And if you are looking for phones with more interesting features and not only photography-related, check these smartphones with wireless charging too.

Usually, new technologies have some better characteristics than the older ones, which they are trying to substitute, but also often times they have some other features that are not as good as it is expected. In this particular case, “the main problem” with xenon flashes is that they take too much battery power. And, we all know how battery power is important these days. Also, xenon flash adds bulk to your device that you probably don’t want. These two are obviously important issues that have made people switch back to LED flashes, so even though there are many phones with xenon flash, there are far more those that still use the older technology called LED flash.

This is not so surprising, considering that no true photographer is going to use its smartphone to take serious photographs. For real photography, it takes a real high-quality camera, that is what matter the most, besides the photographer, of course. What is interesting, though, but also somewhat expected, is that manufacturers are finding ways to improve cameras in smartphones so much that ultimately you won’t need any kind of flash.  Of course, when those cameras become available on the market, chances are they will come with a hefty price, at first. So, not all mortals out here who are seeking for a smartphone with the best camera will be able to afford it until some time passes and the prices drop down like with every other new technology. The question is – until that time comes, for which smartphone should you opt – for the one that has xenon flash or for the one with the standard LED?

Well, it all comes down to for what do you need a strong flash? If you, for example, work in a night club, and you update its Facebook page for every party and event with new images, then taking a smartphone with xenon flash is a good choice for you. If a professional camera is not an option, of course, and you don’t want to be “too professional”. Then, some of the smartphones on our list below should really do the trick. In this case, using it over professional camera also has some advantages, as you can much faster upload your photos to the page you wish, and no matter how bulky the smartphone is, it is definitely smaller than a camera. Hence, smartphones with xenon flashes really do have its uses. But, if you are searching for a smartphone with good camera features for no special reason, you don’t’ have to choose those with xenon flash, as there are a plenty of smartphones with amazing camera specs that have LED flash. And, if you are just beginning to get interested in photography in general, you can take a look at our article on 6 easiest DSLR cameras to use for beginners.

Let’s get down to our main topic, and find out which 6 smartphones support different flash technology. Of course, there are more than 6 smartphones with xenon flash, but instead of listing all of them, we decided to list a few, trying to find the newer ones, and include a few brands. It is interesting that out of the six smartphones on the list below few of them use Windows, few Symbian and few Android operating system. So, there will be smartphones for enthusiasts of different operating systems.  We used several portals to find these specially-equipped smartphones like GSM Arena, Phone Arena, and Phonegg, to name a few. Let’s finally flash them out!