All three main indexes appreciated last week as investors maintained a bullish sentiment following positive news in the last several weeks. The Dow Jones Industrial Average inched higher by 0.33%, while the S&P 500 and NASDAQ Composite posted gains of 0.50% and 0.68%, respectively.

Nothing major happened during the holiday week, with the stock market riding the momentum from the positive outcome of the US-China trade deal and Brexit resolution, which removed a lot of uncertainties.

The geopolitical tensions between US and China have eased and it’s already showing in some of the data that was revealed last week. The imports of soybeans from the US surged to 2.56 million tons n November from 1.147 million tons in October following Beijing issuing waivers that allowed importers to forgo tariffs. At the same time, the exports of rare earth magnets to the US from China declined by 21.2% on the back of reduced demand for stockpiling.

On the other hand, the trade relations between the US and the EU might be in the spotlight for the following months. The Italian Parliament adopted a new tax on tech giants effective January 1, joining France, which has recently passed a similar law and the UK, which announced plans to introduce a digital tax at the beginning of December. 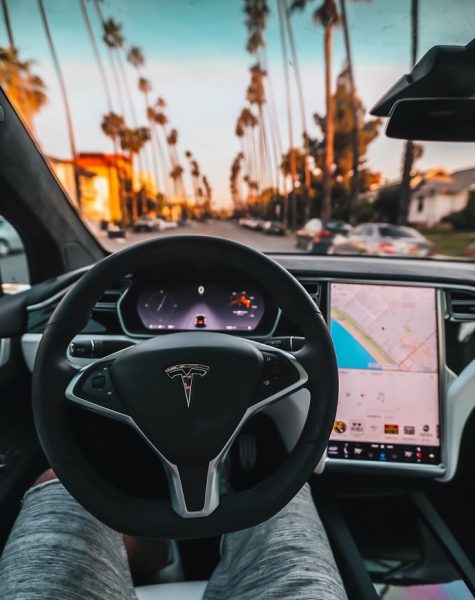 Apple last Monday got a nod of approval from Wedbush, which raised the price target on the stock to $350 from $325, projecting high demand for the new 5G iPhone that is expected in 2020. Tesla last week confirmed several loans from Chinese banks of up to $1.29 billion that will help the company build its plant in Shanghai. The carmaker also announced last week that it will start delivering the first 15 units of Model 3 sedans to company employees on December 30. Amazon was in the spotlight last week amid positive holiday shopping season data. Mastercard said eCommerce sales surged by 18.8% on the year. Amazon itself said that it recorded a record number of Prime users and more than 5.0 million new customers started their Prime trials or memberships in just one week.

On the fourth and fourth and fifth spot in TrackStar’s list we saw AT&T Inc. (NYSE: T) and Visa Inc. (NYSE: V), followed by Intra-Cellular Therapies Inc (NASDAQ: ITCI), a biotech company focused on development of therapies for the central nervous system disorders, whose stock surged by 170% last week.

The main development behind the jump of Intra-Cellular Therapies’ share price is the FDA approval of Caplyta (lumateperone), a drug for the treatment of schizophrenia in adults. The regulator greenlighted the drug despite previous mixed results in trials. In 2016, the drug failed to meet its primary end point and earlier this year, the FDA cancelled an advisory committee meeting regarding Caplyta citing the need to review more information.

Caplyta acts by targeting serotonin, dopamin, and glutamate neurotransmitters in the brain. It also has fewer side-effects compared to existing therapies, such as metabolic disorder that may result in weight-gain, diabetes, high blood pressure and high cholesterol.

The company expects the drug to be available in pharmacies by the end of March 2020. In the meantime, analysts jumped in to provide their view and upgrade the stock. Among them, Canaccord raised the price target to $65 from $29 with a ‘Buy’ rating, citing the potential for lumateperone in the treatment of other disorders (the drug is in late-stage development for other indications).

Disclosure: None. This article is first published at Insider Monkey.