It looks like the smart money was pouring into Apple Inc. (NASDAQ:AAPL) in Q3 after the stock had fallen from grace among leading money managers in recent months.

We’re a day away from the 13F deadline for the September 30 reporting period, when institutional investment managers with at least $100 million in equity holdings must file a list of those holdings with the SEC. These public filings provide great insight into which stocks the most talented money managers are gaining or losing confidence in.

Several hedge funds have already submitted their filings for the period, including billionaire Ken Fisher’s Fisher Investments, whose Top Stock Picks Heading Into 2019 are lead by Amazon.com, Inc. (NASDAQ:AMZN), while Apple sits second. However, the bulk of funds do so on the final day. Nonetheless, the early filers are enough to give us an interesting glimpse into how hedge fund sentiment may be shifting on certain stocks. 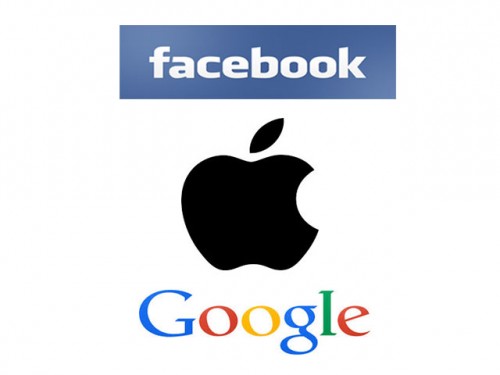 The biggest early mover is Apple Inc. (NASDAQ:AAPL). The former hedge fund favorite fell all the way to 15th on the list of the 25 Most Popular Stocks Among Hedge Funds in 2018, but has jumped all the way to 2nd among early 13F filers, with 22 of them owning shares.

Topping the list is Microsoft Corporation (NASDAQ:MSFT) at 26, as it jumps over Facebook Inc (NASDAQ:FB), which has fallen to 3rd at 20. Facebook Inc (NASDAQ:FB) was the undisputed hedge fund darling in the middle of 2018, being owned by 193 funds, or 29.9% of the select group of funds tracked in our database. Nearly 20% more funds owned Facebook than they did runner-up Microsoft Corporation (NASDAQ:MSFT).

Alphabet Inc (NASDAQ:GOOGL)‘s class A shares ranked 4th among early 13F filers, in a tie with JPMorgan Chase & Co. (NYSE:JPM), both being owned by 19 early filers. Ownership of Alphabet Inc (NASDAQ:GOOG)’s class C shares was also high, at 17. If we calculated combined ownership of both classes of shares and filtered out the redundant shareholders, Alphabet would frequently rank as the most popular stock among hedge funds.

JPMorgan Chase & Co. (NYSE:JPM)’s rising ownership is a greater surprise, as it placed 14th as of the mid-year rankings. Francis Chou’s Chou Associates was among the funds to open a new position in JPMorgan during Q3, buying 109,275 shares.

Amazon.com, Inc. (NASDAQ:AMZN) and Alibaba Group Holding Ltd (NYSE:BABA) are the most notable stocks to suffer early declines in hedge fund sentiment. Amazon has fallen to 10th among early filers from 3rd in the middle of 2018, while Alibaba Group Holding Ltd (NYSE:BABA) has dropped to 14th from 6th, which could be an early sign that hedge funds are growing more bearish on China. Billionaire Chase Coleman’s Tiger Global, which has yet to file its 13F for the current period, threw its support behind Alibaba and other Chinese stocks in its Q3 investor letter, stating that its long-term outlook on China hadn’t changed.

We’ve uncovered a reliable way to consistently beat the market by using these 13F filings and investing in only the top consensus picks of the 100 best performing hedge funds each quarter. Insider Monkey’s flagship “Best Performing Hedge Funds Strategy” has returned 96.9% since its 2014 inception (through November 2), beating the market by over 40 percentage points. Check out a detailed analysis of Insider Monkey’s performance and past quarterly stock picks for all the details. Our newest picks will be released later this month after the 13F filing deadline; don’t miss out!