There’s never a shortage of losers in the stock market. Let’s take a closer look at five of this past week’s biggest sinkers.

VeriFone got absolutely crushed on Thursday after offering up soft preliminary quarterly results and offering a bleak near-term outlook. The provider of electronic payment solutions blames weakness in certain geographic regions and order delays, but investors fear that VeriFone’s very model may be threatened ,given the changing marketplace.

Sandstorm slipped after posting quarterly results that failed to wow the market. The report is impressive on its own, though. Sandstorm closed out the year with gold stream deals in place for 33,514 ounces in 2012 through seven active mines, an 81% increase over the prior year. Sandstorm sees its output more than doubling again by 2016. However, it’s hard to get excited about gold-related companies when the shiny yellow metal itself is dropping in price.

Rentech Nitrogen stumbled after Dahlman Rose’s agriculture stock analyst downgraded many of the market’s fertilizer stocks. The analyst thinks that things may seem fine in the near term but wants to move clients out of the niche ahead of possible crop and capacity issues down the road. The silver lining for potential Rentech Nitrogen investors is that the limited partnership’s chunky yield is now looking even better after the 12% decline.

Genco tumbled after posting quarterly results. The transporter anchored itself to a deficit of $1.06 a share, larger than the $0.88 Wall Street was expecting. The report shouldn’t come as a surprise, though. Genco posted wider deficits than the market was targeting in three of last year’s four quarters.

DryShips fell in sympathy with Genco’s report, but it also continues to sell off after an initial spike a week earlier, when it announced it was upsizing its offering of its stake in an offshore deepwater drilling services provider. The market initially applauded the move to raise more money, but DryShips shares have now closed lower in five of the past six trading days.

Ready for a bounce
If you owned some of these losers, how about following the smart money into winners?

The article 5 of Last Week’s Biggest Losers originally appeared on Fool.com and is written by Rick Aristotle Munarriz.

Longtime Fool contributor Rick Aristotle Munarriz and The Motley Fool have no position in any of the stocks mentioned.

How Bank of America Corp (BAC) Sank the Dow Today

Are These 3 Stocks as Sickly as They Look?: Yandex NV (YNDX) and More

DryShips Inc. (DRYS): Is There Hope for this Struggling Shipper? 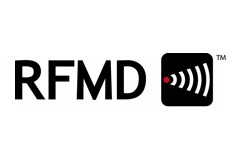