Published on September 11, 2015 at 9:35 am by Raymond Jones in Dividend Stocks, Hedge Funds, News

Although there is no conclusive evidence that a rise in interest rates negatively affects dividend stocks as a whole, research in the past has shown that dividend stocks which don’t exhibit any significant growth and return most of their income to shareholders are hit the hardest when rates are hiked. This is also the reason why smart money starts flowing out of such stocks when an interest rate hike is imminent. Since stocks with high dividend yields attract a lot of retail investors, to protect our readers from a possible downswing, we at Insider Monkey decided to analyze the latest 13F portfolio data submitted by the funds we track and figure out the top high dividend stocks which smart money was fleeing from during the second quarter. Read further to know which high dividend stocks may be ones to get out of. 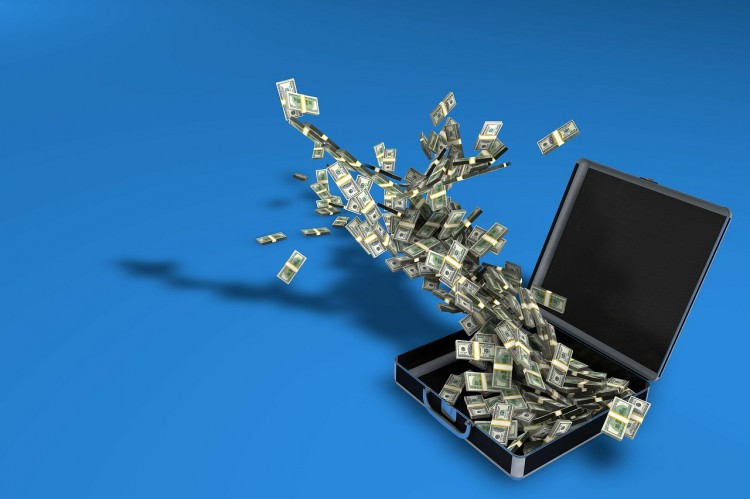 Why are we interested in the 13F filings of a select group of hedge funds? We use these filings to determine the top 15 small-cap stocks held by these elite funds based on 16 years of research that showed their top small-cap picks are much more profitable than both their large-cap stocks and the broader market as a whole; yet investors have been stuck (until now) investing in all of a hedge fund’s stocks: the good, the bad, and the ugly. Why pay fees to invest in both the best and worst ideas of a particular hedge fund when you can simply mimic the best ideas of the best fund managers on your own? These top small-cap stocks beat the S&P 500 Total Return Index by an average of nearly one percentage point per month in our backtests, which were conducted over the period of 1999 to 2012. Even better, since the beginning of forward testing at the end of August 2012, the strategy worked just as our research predicted and then some, outperforming the market every year and returning 118% over the last 36 months, which is more than 60 percentage points higher than the returns of the S&P 500 ETF (SPY) (see more details)

Almost every metric on which performance can be gauged showed a decline for Spirit Realty Capital, Inc (New) (NYSE:SRC) during the second quarter. While the stock of the company dropped by 18.6% during the quarter, the number of hedge funds that owned the stock dropped by eight and the aggregate value of hedge funds’ holdings decreased by $161.20 million. The single-tenant-focused REIT pays a quarterly dividend of $0.17 per share, which currently translates into an annual dividend yield of 7.40%. Israel Englander‘s Millennium Management increased its stake in the REIT by 91% during the April-June period to slightly over 11 million shares, and at the end of June was the largest shareholder among the funds covered by our database

Northstar Realty Finance Corp (NYSE:NRF) is the second REIT that made it to our list and is also the stock that hedge funds we track had the most money invested in at the end of June. Owing to the 22% year-to-date decline in its stock, 10.3% of which came in the second quarter alone, the $0.40 per share quarterly dividend paid by Northstar Realty Finance Corp (NYSE:NRF) signifies an annual dividend yield of 11.6%. Similar to Spirit Realty Capital, Inc (New) (NYSE:SRC), the number of hedge funds that counted Northstar Realty as one of their holdings also declined by eight during the April-June period, while the aggregate value of their holdings in the company saw a drop of almost 22% quarter-over-quarter.  An interesting thing to note with regards to Northstar Realty Finance is that whereas overall the popularity of the REIT among the hedge funds that we track declined during the second quarter, each of the top five shareholders of the company at the end of June actually increased their holdings during the April-June period. This included Robert Pitts‘ Steadfast Capital Management, which increased its stake by 9% to over 17.17 million shares.