Billionaire David Tepper is the founder and manager of $14 billion hedge fund Appaloosa Management. Tepper’s fund has been hugely successful since its 1993 founding, with annual gross returns of greater than 30% according to sources. Tepper frequently appears on CNBC and other financial media and isn’t afraid to tell it like he sees it, making him one of the most prominent and important voices in the hedge fund world.

Back in September, Tepper told CNBC that he was cautious on equities, having reduced Appaloosa’s exposure to them, as he believed the bull market to be in the late innings. That was a change from the beginning of the year, when Tepper had expressed optimism that the bull market had further to run yet (which was the case). His latest sentiment also appears to have been prophetic, as equities were crushed during the following month, a brutal October. 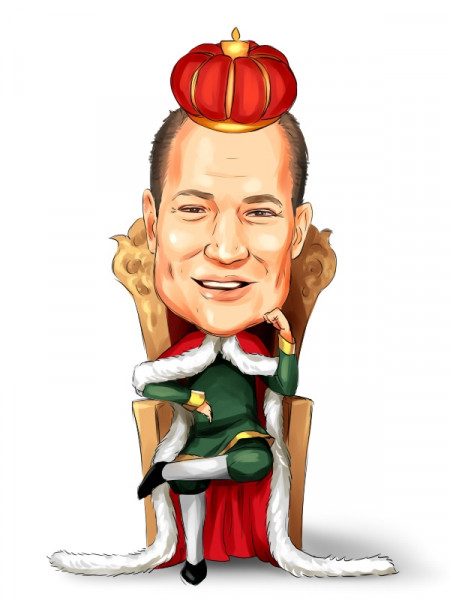 Tepper’s bearish outlook on the market was evident during Q3 according to Appaloosa’s recently released 13F filing. The fund opened just 3 new positions while selling out of 15 old ones, and added shares to just 6 of its existing positions, while reducing the size of 27 holdings. When all the trading (mostly selling) was done, Appaloosa’s 13F portfolio was valued at $5.69 billion at the end of September, down from $8.79 billion in the middle of 2018.

We’ve uncovered a reliable way to consistently beat the market by using these 13F filings and investing in only the top consensus picks of the 100 best performing hedge funds each quarter. Insider Monkey’s flagship “Best Performing Hedge Funds Strategy” has returned 96.9% since its 2014 inception (through November 2), beating the market by over 40 percentage points. Check out a detailed analysis of Insider Monkey’s performance and past quarterly stock picks for all the details. Our newest picks were released earlier this month; don’t miss out!

Below, we’ll check out five of David Tepper’s biggest stock moves during the third-quarter.

State Street Corporation (NYSE:STT) was one of just 3 stocks that Tepper opened a new position in during Q3 (the other two being next on this list). 35 hedge funds tracked by Insider Monkey were long $1.27 billion worth of STT shares on September 30.

Tepper is not overly bullish on energy stocks at the moment, with them accounting for just 6% of Appaloosa’s 13F portfolio value at the end of Q3, compared to 24% two years earlier. He is bullish on The Williams Companies, Inc. (NYSE:WMB) however, buying 1.04 million shares of the midstream company in Q3.

One of the 30 Stocks Billionaires Are Crazy About, Tepper was one of 19 billionaires tracked by Insider Monkey that were long Apple Inc. (NASDAQ:AAPL) on September 30. Others included Warren Buffett, Ken Fisher and Steve Cohen.

Unlike fellow billionaire Ray Dalio, who dumped PG&E Corporation (NYSE:PCG) during Q3, Tepper more than doubled the size of his PCG position, adding 2.2 million shares to it. That has not proven to be wise, as raging wildfires in California have devastated the company’s stock in Q4.

Tepper sold out of Wells Fargo & Company (NYSE:WFC) after building a $180 million position in the stock during the first-half of 2018.