As first-quarter earnings creep to a close, I can’t help but point out that the majority of earnings reports we’ve covered over the past year have been better than expected. With so many companies reporting during the weeks that comprise earnings season, it’s easy for some earnings reports to fall through the cracks. 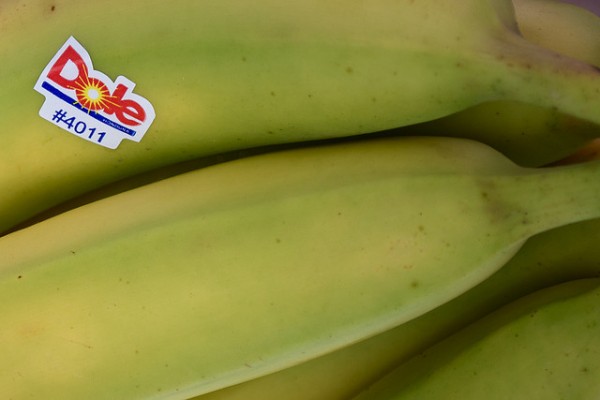 Each week for the past year, I’ve taken a look at three companies that could be worth further research after either beating or missing their profit expectations. Today, we’ll take a gander at three more companies that reported earnings last week. They may have slid under your radar, but they deserve a look.

Once is an aberration; twice an eyebrow raiser… But, six times in a row now for Carnival Corporation (NYSE:CCL) ships to have had some sort of mechanical issue dating back to January of last year without a reported problem from any of its peers is downright scary and enough reason to keep your investment money and vacation plans as far away from Carnival Corporation (NYSE:CCL) as possible.

In just the last month, the Carnival Corporation (NYSE:CCL) Triumph was powerless and adrift at sea for five days, the Elation had a malfunction in its steering system, the Dream‘s generator malfunctioned while at port, and, on Friday, the Legend announced it had sailing speed control issues. Carnival’s fleet is slowly being denigrated into a late-night TV show joke.

You wouldn’t know that by its latest quarter, however, as Carnival reported much better-than-expected earnings despite a 2.3% net revenue reduction. Lower fuel costs definitely helped, as well as the fact that it repurchased 2.3 million shares of its common stock.

Ultimately, Carnival Corporation (NYSE:CCL) is a mess. It lowered its fiscal 2013 EPS outlook down to a range of $1.80-$2.10 to take into account the repairs needed to the Triumph, but may need to lower its estimates even further as its fleet slowly unravels before consumers’ eyes.

If you are going to venture into the cruise ship sector, may I suggest ditching Carnival Corporation (NYSE:CCL) for good and buying conglomerate The Walt Disney Company (NYSE:DIS). Disney’s brand name and safety record have allowed it to stay ahead of the cruise ship backlash curve and remained booked well in advance of the crucial summer months. Plus, you get the added bonus of media and theme park diversification — as well as a handsome dividend.

Silver prices may have dipped from the previous year, but mining companies that are becoming more efficient, finding higher grade ore, and boosting production are bound to succeed. That’s why, even with a $0.02 miss on the books for Great Panther Silver Ltd (USA) (NYSEAMEX:GPL), you should really give this small-cap silver and gold miner another look.

Looking ahead, Great Panther Silver Ltd (USA) (NYSEAMEX:GPL) anticipates that production levels will grow only modestly in 2013, perhaps by as much as 4%. Where it plans to grow its bottom line is through cash cost reductions. The company’s forecast calls for a 10% to 18% reduction in cash costs per ounce as higher gold yields and improved operating efficiency should yield EPS improvements.

As I’ve been saying for months, silver prices shouldn’t have much further to fall with China’s demand likely to buoy prices. As long as technology sector demand for silver remains stable, silver prices should head higher over the long run which will spell good news for Great Panther Silver Ltd (USA) (NYSEAMEX:GPL) shareholders when coupled with its falling mining costs.

Dole Food Company, Inc. (NYSE:DOLE) certainly didn’t give investors any reasons to go bananas last week when it reported a significantly wider-than-expected fourth-quarter loss. To its credit, Dole Food Company, Inc. (NYSE:DOLE) sold its packaged fruit and fresh produce division in Asia to Itochu Corp (ADR) (PINK:ITOCY) during the quarter which removed revenue and profitability that the Street may not have accounted for. There are other reasons, as well, why Dole might be an attractive investment here.

For starters, ridding itself of its Asia produce segment gives the company renewed focus on its remaining operations without spreading itself too thin. Secondly, keep in mind the numerous points made by Barron’s last month of why the Itochu Corp (ADR) (PINK:ITOCY) deal could make Dole Food Company, Inc. (NYSE:DOLE) worth double where it is now. The $1.69 billion buyout price will practically eliminate all of Dole’s long-term debts which may ultimately allow it to focus on shareholder-driven share repurchases and a possible dividend. Barron’s other key point relates to Dole Food Company, Inc. (NYSE:DOLE)’s roughly $500 million in land assets which it feels investors haven’t truly accounted for.

Personally, I can’t fathom the banana market growing any more challenging than it already is for Dole. Combined with its cash payment from Itochu, I feel Dole Food Company, Inc. (NYSE:DOLE) has all the tools needed to surprise Wall Street in a positive way in the second half of 2013.

The article 3 Earnings Reports That Caught My Attention Last Week originally appeared on Fool.com and is written by Sean Williams.