It’s not unheard of for disparate companies to join in common cause for any number of purposes like cross-promotion, charitable causes, research. Just off the top of my head: General Electric Company (NYSE:GE) partners with Chesapeake Energy Corporation (NYSE:CHK), Harley-Davidson, Inc. (NYSE:HOG) partners with Rockstar Energy Drink, and Big Pharma partners up with each other and small biotechs all the time. 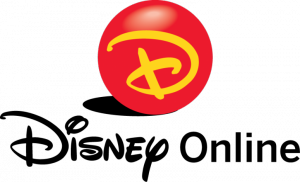 But the happiest place on earth is also the friendliest: the C-suite at The Walt Disney Company (NYSE:DIS). Go ahead and Google (or Bing) “Disney partners with”… and there are over 19 million results for Bing and 217 million results for Google but let’s not get into that. Just the top results include partnerships with Google, Netflix, Vera Bradley, Jakks Pacific, HGTV, New BalanceShoes, Sephora, McDonald’s, Anheuser-Busch and literally hundreds more public and private  companies.

And it’s not just companies, as Disney partnered with the First Lady to make the Happiest Place on Earth a healthier place to eat. The US State Department has consulted with Disney for help in improving traffic at its consulates and bringing more tourism to the US. Disney’s ESPN has also partnered with Brand USA to promote travel to the US in European markets.

What makes The Walt Disney Company (NYSE:DIS) so darn friendly?

Chairman and CEO Robert Iger has nurtured a culture of cooperation that very few companies can match. Although Disney has many moving parts including the parks, the entertainment division including cash cow ESPN, the cruises, the branding and merchandise, Iger’s management style has brought together what was a very fractured and almost troubled company into harmony.

That period of disquiet when Michael Eisner was Chairman and CEO and had the support of a Board filled with cronies like his lawyer, the principal at his children’s school, and other questionable seats was one which ended when Iger took over in 2005. Since then shareholders have enjoyed over a double with double-digit EPS growth year over year.

Even a controversial move to separate the Chairman and CEO proposal and an executive say on pay were voted down by grateful shareholders at their annual meeting on Mar. 6 displaying a swell of approval for Iger.

Of course when you are one of the most loved and recognized brands in the world so much so that even preliterate toddlers can recognize your logo, everyone wants to be your best friend. And when your brand is this well respected for quality and family friendly entertainment and products expect the world to come knocking at your door.

Frankly, I imagine the list of companies and organizations they have to turn down is geometrically longer. They’re probably as sweet as a Disney princess when rejecting them, however.

Is the Street still sweet on Disney?

At that same shareholder’s meeting Iger announced, “All of this success across so many of our businesses led to another record financial performance for The Walt Disney Company (NYSE:DIS). In Fiscal 2012, we increased revenue by 3% to a record $42 billion, which led to a record $5.7 billion in net income, up 18% over the year before. And our earnings per share were up 24%, setting a new record of $3.13.” And why not after Iger’s most recent big wins of Marvel and Lucasfilms.