Can you guess which are the most popular high school mascots?

Probably you can guess a few of them, but not all 20 on this list. Before we had on straight to the list, let’s say a little bit about the history of mascots, and their importance in the world of sports.

Did you know that there were times when actual live animals were brought to the field as mascots to support teams? Bringing live animals had multiple purposes – creating a show and attracting more audience, and, of course, bringing luck by frighting opponents with their roar or just by the appearance. Now, there are not so many sports teams that have real animals as mascots, but most of them have modern humans dressed as animal mascots. They are fun too, and also are an attraction, but we doubt they can make the opponent fear. 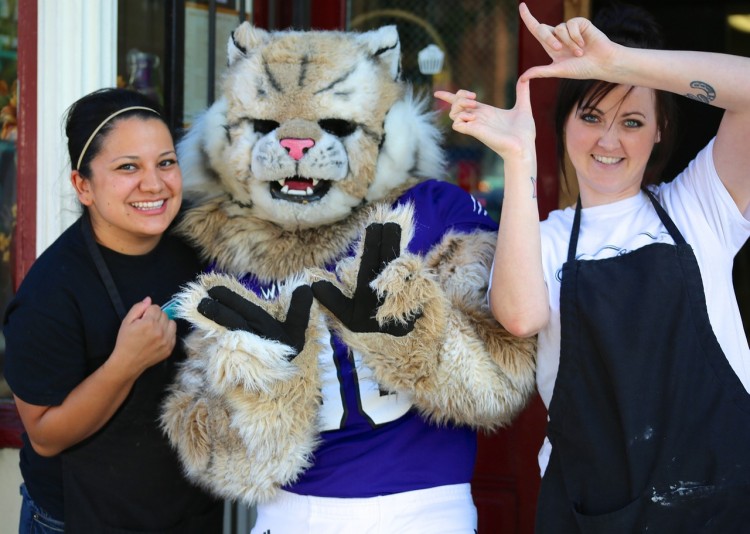 What is a mascot anyway? The word mascot comes from the French word “mascotte” which stands for a lucky charm. It is a purpose of a mascot to bring good luck and a victory for their team. It is like an amulet, talisman. These modern amulets in the form of big puppets were actually inspired by the Muppets. And the idea was successful. Today, it is unimaginable for any sports team not to have their lucky charm in the form of big puppet mascot. Not only that the mascots help raise sports spirit, but they are also used for merchandising and marketing, and often times as goodwill ambassadors.

Mascots should represent a healthy but very competitive sports spirit, which is why some of the most common mascots are predatory animals or warriors that symbolize survival instinct. Those that are least common often represent some regional trait, which makes them even more significant.

Before you start looking at the favorite mascots in the US that are listed below, check out our article on 15 highest paying jobs for high school students. It may come handy to you.

In order to compile this list of most popular high school mascots, we used suggestions from various sources, like High School Nick Names, and USA Today to name a few. Then, we decided to check one by one all 43 most common mascots found on these sources. We checked them using the search option on MascotDB to see how many high school have each nickname. Although nickname is not the same thing as a mascot, chances are those high schools that have a tiger or a pirate in their nicknames, are the ones that are also having a tiger or a pirate as their mascots. There is a possibility that some high schools have a nickname that is not related to their mascot, but there is a small number of them. Hence, we presumed that this is still the best way to determine which are the most common high school mascots in the US.

So, let’s check them out, finally!