We all have different preferences for where we want to live, but for those wanting to get in on the ground floor of a place that’ll soon be on the rise, these are the 16 up and coming affordable small cities to live in the USA.

For me, I’d rather live in a big city and have $2 left in my bank account by pay day than be stuck in a smaller city and have a little more money. I don’t like smaller cities, and I find them to be quite stifling, and quite frankly I hate driving, but so many other people, for some reason, want to be one of the first to live in a small city that’s rising to prominence. It’s so much easier to get a job in a bigger place because there are so many options. Apparently, it’s not true at all and someone would roast me and say I’m completely wrong, but I stand by this.

I will agree, though, that smaller cities have a lower cost of living, but there’s less going on. Most of this list is in Texas, and I’ve lived there before, and it was a garbage fire. Never again. No offense to Texas but also a full offense. It’s listed so many times on this list of the 16 up and coming affordable small cities to live in the USA it’s driving me crazy. I guess that’s why my parents moved there, to begin with — it’s not overly expensive. 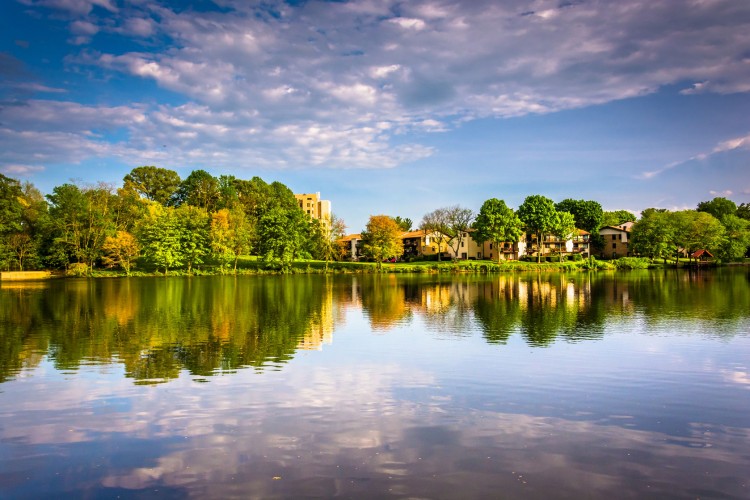 There’s something great about the facelessness of a big city. You almost never see the same people unless you make a conscious effort. I used to live in a small town and you would always see people you knew at the grocery store. I don’t need to have a social interaction when I’m rolling up just to buy a bucket of cookie dough. I like when people are unfriendly it makes me feel calm and less obligated to have a conversation when I’m not in the mood. It’s weird that I prefer a city where more people live so I can talk to less of them. If you like talking to people then by all means have a great time with your move. Small cities have 250,000 people or less, and you’re bound to find one suited to your preferences.

These, however, are great places if you’re going to start a family and want to be in a place that is on the rise and has a lot of promise. I’m sure you could argue it’s better for your kids in some way. I think owning a house sounds terrible. If my sink breaks, I don’t want to deal with finding someone to fix it. If you’re into home upkeep I’m very proud of you and you belong in a place where you can afford a house.

To compile this list of up and coming affordable small cities to live in the USA, I took two sources: Money and Forbes, which are both great resources. I took the average of their rankings to find my top 16 and then ranked them myself using the average median household income and cost of living index, which were sourced from Area Vibes.

You could argue that the cities on this list of up and coming affordable small cities to live in the USA are better than the 10 Worst Poorest and Most Dangerous Neighborhoods in New York City, even though I have lived in a few of them and like them, but I digress. Keep reading to find your next home:

Share Tweet Email
Page 1 of 17
Next >>
Related Insider Monkey Articles
Top 15 Hydropower Producing States in America10 Countries with the Lowest RainfallChipotle Free Food and Drinks: Promotions To Lure Back Customers; Did They...
7 Easiest Fruit To Draw11 Cool Stuff To Buy In Japan11 Best Cities To Live For People With Asthma