10 Tiniest Micro Apartments and Floor Plans in the World

Some people prefer to live in smaller spaces, but it’s quite rare and takes a special kind of person to sacrifice hundreds of square feet of space like in the 10 tiniest micro apartments and floor plans in the world.

Micro apartments are usually fully self-contained, one-room living quarters intended for a single person to sleep in. An average micro apartment will have provisions for a sitting space, sleeping space, bathroom, and kitchen. Sometimes residents may have access to a communal kitchen and a communal bathroom/shower. The size ranges from 180 to 300 square feet on average. There are smaller apartments out there, surprisingly enough. Anything larger than 300 feet, however, creeps towards studio apartment size, which is a completely different story.

Micro apartments take a very innovative and creative person to live in. Generally, they’re designed to fulfill the basic needs of residents and they’re also located in convenient spots. It’s the cheapest way to get into an upscale neighborhood or somewhere close to work. The renters or buyers are usually young people with first jobs in a large city or retirees who don’t mind small spaces. 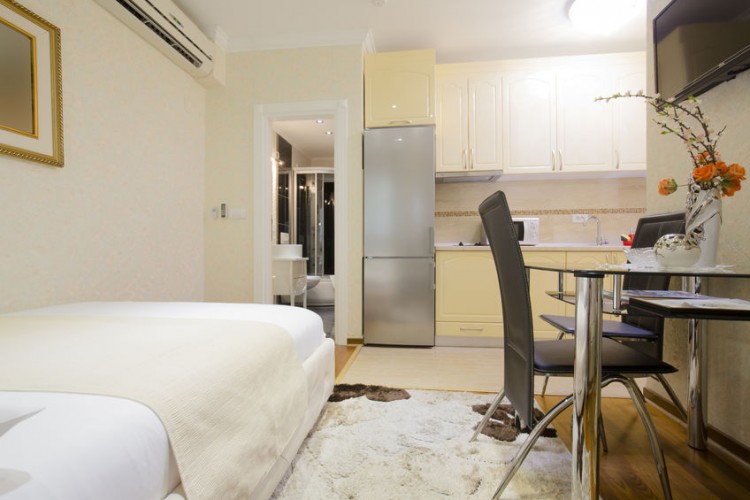 On paper, these seem really small, but with the right design and clever use of furniture they can seem spacious enough to function. You’ll often find micro apartments with foldable beds and tables that can be flipped over to make efficient use of space when they’re not in use. The 10 tiniest micro apartments and floor plans in the world require a sense of creativity to make the space become more efficient and work for you.

I’m a fan of minimalism and clever design to create extra space, especially because I live in New York and I’ve grown accustomed to small apartments, but I’m not sure if I could ever live in one of these micro apartments. I’m a little claustrophobic and I fear these might actually make me feel sick. I’m genuinely proud of any person who lives in these places because they have mastered the art of doing more with less.

I ranked the 10 tiniest micro apartments and floor plans in the world by square footage. The apartment with the smallest square footage will be at the top of the list. I researched them through a variety of sources and checked out some videos on YouTube to see how people live and function in these as their homes.

If you’re interested in learning more about living in big cities, check out our list of the 10 Most Expensive Cities to Live in Japan.

And now, finally, let’s see how do people manage to live in these tiniest micro apartments and floor plans in the world!

In most apartments, you move from room to room, but in this tiny apartment, the rooms come to you depending on your mood and needs. The apartment is designed with sliding walls, allowing the tenant to rearrange the wall configuration and transform the apartment to fulfill different needs.

While this is a bit of a cramped space, it offers all necessary conveniences to the tenant. It even has a dining space cleverly built into the wall. The designer said, “it offers more experience with less stuff,” which I think can sum up all the apartments on this list.

This apartment belongs to an artist named Akira Ismail, and you can clearly see what a creative touch she brought to a place so small. She describes it as “small but it feels huge.”

This tiny apartment draws its inspiration from boats. The furniture is hidden inside a wall and can be accessed easily by simply tapping the surface of the wall. The bed is hidden in the balcony and can be pushed out of the way to easily make more space.

Sweden is probably the most peaceful and loving country in the world, and this philosophy is reflected in this tiny, yet cozy and tastefully designed, micro apartment. Its interior is extremely inviting and surprisingly liberating.

Not just one, but two, tenants live in this 220 square foot apartment. It’s quite unusual for two people to occupy such a small space, but they’ve somehow made it work well.

This is small even by micro apartment standards. In order to make room for the bed, it’s been elevated to be closer to the ceiling. It, surprisingly enough, has a bathroom, but it must be uncomfortable to maneuver.

The owner describes this as a closet apartment, which makes sense since it’s small enough to be one. In fact, I’m pretty sure some people have closets bigger than this. It does, however, look cozy thanks to the clever design.

Just when you thought there couldn’t be any spaces smaller than the others on the list, this one came along and shocked you. This is without a doubt the world’s smallest apartment. Of course, it doesn’t have a private bathroom or kitchen (where would it even fit?), but it’s not empty. People actually pay to live here.

That concludes our list of the 10 tiniest micro apartments and floor plans in the world. Could you live in a space as small as these?