The 10 largest beer companies in the world for 2018 feature the best brands in one of the most lucrative global industries. Despite heavy taxation, health issues, and an increase in the legal regulations that apply to the production, sale, and consumption of alcohol, global beer production is stronger than ever, enduring every challenge thrown its collective way. These big brands remain resilient amid the industry’s troubles as they produce high-quality beers that suit the tastes and needs of the regions they serve.

Brewing beer has become a popular hobby that can be done in one’s garage or kitchen, and some home brew ventures have even grown into small and medium enterprises that cater to distinct markets. But even with craft beers in the pool, there is enough money to go around for everyone. While the U.S remains the biggest beer market worldwide, the Asia Pacific region’s demand for beer is growing, thereby providing the industry with new opportunities for expansion in the coming years.

The beer industry has gone through constant consolidation in recent years via acquisitions and mergers. One of the biggest was AB InBev’s acquisition of SABMiller. The merger allowed the new company to own almost 30% of the industry’s global market share even after it divested some of its assets to please regulators. With such consolidations, there will be slight changes in the list of the 2018 biggest beer companies in the world. Some big names will no longer be visible because of such mergers, while a few companies will make their debut on this list. 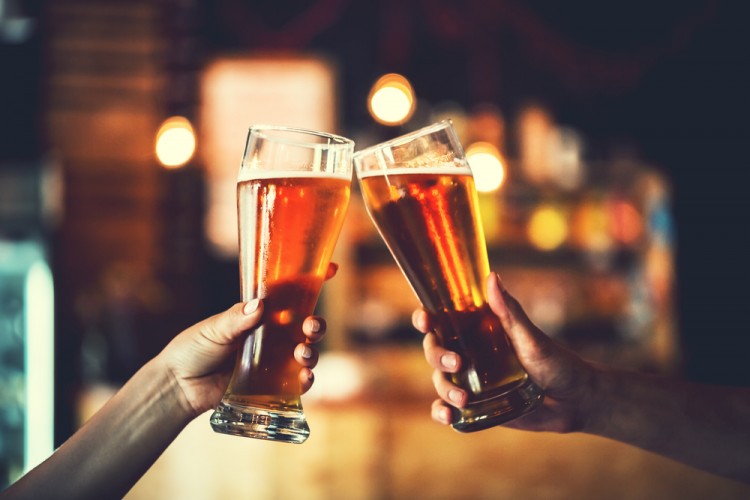 As expected from a company who owns the largest chunk of market share, Anheuser-Busch InBev cemented its place on top of the list of the industry’s key players last year. The company has also tested the waters in the craft-beer segment by making five big purchases, which increased the number of craft breweries that it owns to eight.

On the following pages you’ll find the names and a short profile of the companies who are the biggest players in this intoxicating industry. The list was sourced from Statista, one of the leading online statistics companies and is based on 2017 sales in US dollars.

The major players in the global beer industry for 2018 based on that data include the following, in alphabetical order: Anheuser Busch InBev (NYSE:BUD), Asahi Breweries, Carlsberg Group, Constellation Brands, Inc. (NYSE:STZ), Heineken Holding, Jiangsu Yanghe Brewery, Kirin Holdings Co Ltd, Molson Coors Brewing Co (NYSE:TAP), Oettinger, and Thai Beverage, Ltd (OTC:ASBRF). Check out the list of the 10 largest beer companies in the world for 2018 beginning on the next page.