Since its inception, Tudor has grown to become a global investment company with offices in New York, Connecticut, Palm Beach, London, and Sydney. The company is known for its rich history in discretionary macro trading and has significant capabilities and experience in systematic and model-driven investment strategies.

Jones, who is also regarded as one of the best macroeconomic traders ever, is also a cryptocurrency crusader and a big advocate of Bitcoin. He notes that Wall Street may be witnessing the emergence of a new store of value in bitcoin that could rival the dollar. Jones is also known for his prescient predictions regarding the Black Monday market crash in 1987, from which he earned 125.9% in returns, amounting to around $100 million.

In the fourth quarter of 2020, Jones decreased his hold in Microsoft Corporation (NASDAQ: MSFT) by 5%, ending the period with 50,082 shares of the company, worth $11.14 million. Microsoft, whose founder and legendary computer scientist Bill Gates recently announced his divorce after 27 years of marriage, provided Q4 guidance that was broadly better than expectations. Microsoft Corporation (NASDAQ: MSFT)’s productivity and business segment revenue is expected to total between $13.8 billion to $14.05 billion, compared to the consensus estimate of $13.63 billion. Microsoft Corporation (MSFT) operating expenses in the period are expected to come in at $13.1-13.2 billion, compared to $13.04 billion consensus.

Let’s start our list of the 10 best software stocks to buy according to billionaire Paul Tudor Jones.

VMware, Inc. (NYSE: VMW) is a U.S company that offers cloud computing and virtualization technology and was the first commercially successful company to virtualize the x86 architecture. The stock ranks 10th in the list of best software stocks to buy according to billionaire Paul Tudor Jones.

VMware, Inc. was recently selected by the U.S. Army Futures Command to power a software factory for soldiers by soldiers. The company will work with Army Futures Command to develop the first Soldier-led Silicon Valley software company. In the army ranks, the new program will position soldiers to undertake cloud-native development practices and launch software that addresses current mission priorities.

Elastic N.V. (NYSE: ESTC) is a search company specializing in building self-managed and SaaS products for logging, search, security, and analytics use cases.

The company recently announced an expanded strategic partnership with Confluent to offer an integrated product experience to the Apache Kafka and Elastic search community. The partnership is expected to boost existing product integrations and allow the two companies to launch new products that improve users’ ability.

Elastic N.V. (NYSE: ESTC) is among the best software picks of Paul Tudor Jones.  Oppenheimer is also bullish on the stock. In a note, analyst Ittai Kidron said the company has been expanding its platform. He added that the Elastic Cloud-first approach promises the company of continued stronger growth in near future.

According to Oppenheimer, Elastic is trading at 18.0X the 2021 revenue forecast. The stock has been rated Buy by 11 out of 14 Wall Street analysts. RBC Capital Markets has maintained an Outperform rating on the stock and raised its price target from $140 to $155. According to RBC, Elastic “again delivered strong results with marked revenue/billings outperformance.”

Piper Sandler has rated the Elastic N.V. stock Overweight and raised its price estimates from $127 to $145, while Stifel raised price projection from $125 to $145.

“ELASTIC (ESTC) – In the past, I have written about Elastic’s management team (missionary), their products (mission critical), and the benefits of an open-source freemium go-to market strategy (frictionless adoption). These inputs for success are all important reasons to own Elastic. If I had to pick the two reasons why I am willing to pay a growth multiple for this company, they would be net revenue retention and the under-monetization of their user base. I realize that is a lot of jargon, so let’s break it down. “Net revenue retention” is how much last year’s customers spent this year, as if no new customers were added. Elastic’s net revenue retention has been 130% or greater for several years, meaning that existing customers spent at least 30% more this year than last year on Elastic products and services. A company with net revenue retention at this level is the modern-day equivalent of a golden goose. This growth in spending comes from a combination of increased usage and adoption of additional products. Elastic does not disclose the exact percentage of net revenue retention other than to say that it remains above 130%, but they do give some attractive cohort data. Customers added in FY 2016 tripled their spending in the subsequent four years, customers added in FY 2017 more than doubled their spending in three years, and customers added in FY 2018 more than doubled their spending in two years. (Link to Elastic’s recent investor presentation)

Elastic Search does face the law of large numbers, and adding 30% per year should get harder and harder as the base grows. Fortunately, their current under-monetization should become a tailwind. The vast majority of Elastic users are non-paying. To put this in perspective, the company has less than 14,000 paying customers, while their software has likely been downloaded over one billion times (note: a single user can download multiple times as versions are released). Elastic has choices about what to include in their free vs. paid versions with the ability to “nudge” their non-paying customers to upgrade over time. This past quarter, they made a change to their user license to make it more difficult for Amazon to rip them off, and there will be additional changes to follow. With Elastic, we own a world-class management team that is selling mission-critical products to customers who buy more and more each year, plus this “insurance policy” of monetizing currently non-paying customers over time.

Despite the >30% spending increase by existing customers alone – continued even through a pandemic – consensus estimates have ESTC growing at 26% this year. I will take the over. I think the most unfortunate part about Elastic is that we will likely never get to see how long it can sustain net revenue retention at this level – I think it is likely that the company will be acquired for both its financial characteristics and the community of developers it has built. In my opinion, the only way Microsoft will ever get close to having a community like Elastic’s is by writing a $20 billion check.”

Atlassian Corporation Plc (NASDAQ: TEAM) is an Australian software company that offers tools and software for project managers, software developers, and other software development teams. The company is one of the top software stocks to buy according to analysts’ recommendations and financial performance.

The company surpassed estimates in its fiscal Q3 results. Revenues totaled $568.73 million and beat analyst expectations by $36.81 million, and increased by 38.2% year over year. Of the total revenue reported, subscription revenue amounted to $350 million, representing a 43% increase.

The company projects revenues between $513 million and $528 million in Q4 FY2021 with an operating margin of around 13%.

The stock ranks 8th in the the list of best software stocks to buy according to billionaire Paul Tudor Jones.

Atlassian Corporation Plc (NASDAQ: TEAM) recently completed the acquisition of ThinkTilt, the creator of ProForma, a no- to low-code form builder that will be used with Atlassian’s ITSM software. The software has more than 300 pre-built form templates and supports 24 languages.

Duck Creek Technologies, Inc. (NASDAQ: DCT) specializes in developing industry-specific software used to manage products and services in the insurance sector. The company is one of the best software stocks to buy with a positive financial outlook.

The company recently announced its fiscal Q2 results that included a $0.01 non-GAAP profit compared to the $0.03 loss expected by analysts. The total revenue was $62.7 million against analyst expectation by $3.42 million and an increase of 19% year over year during the quarter. Duck Creek Technologies reported a 51% growth in subscription revenue to $20.6 million, while license revenue grew by 61% to $3.6 million.

“Duck Creek Technologies, Inc. is a leading provider of core systems software for the property & casualty (“P&C”) insurance industry. Despite reporting results that beat analyst forecasts, with subscription revenue up 54% and Saas annual recurring revenue up 85%, the stock price fell due to a rotation away from high-growth stocks. We retain conviction. Insurers are increasingly recognizing the need for modern, cloud-based software, and we like the company’s strong product set and long runway for growth.”

Disclosure: None. 10 Best Software Stocks to Buy According to Billionaire Paul Tudor Jones is originally published on Insider Monkey.

Was The Smart Money Right About DexCom (DXCM)?

Was The Smart Money Right About Piling Into Maxim Integrated Products (MXIM... 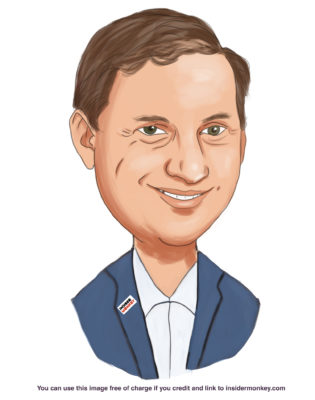 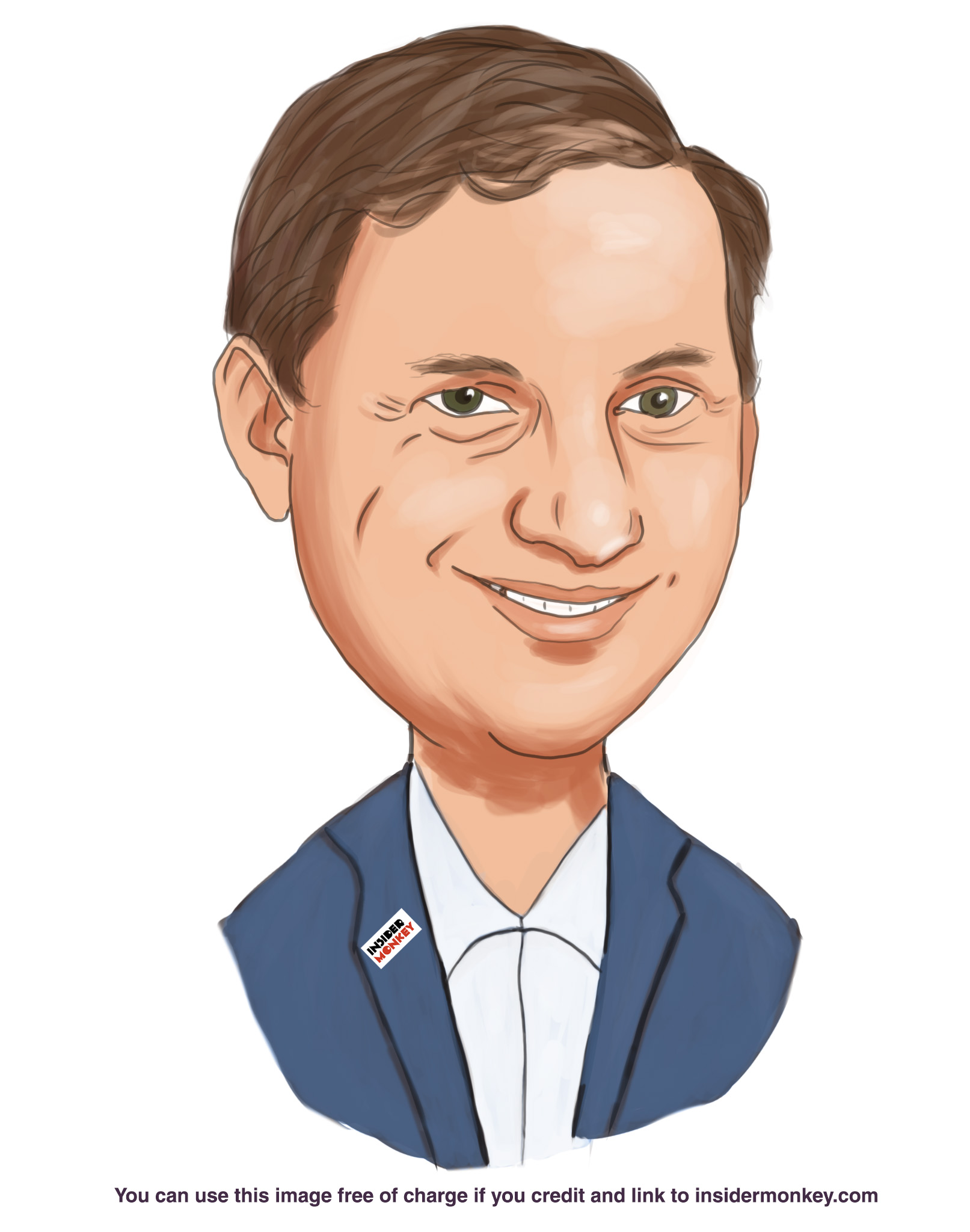 Was The Smart Money Right About Piling Into Bill.com Holdings (BILL)?

Were Hedge Funds Right About Piling Into HubSpot Inc (HUBS)?