10 Best Motorcycle Companies in the World

The motorcycle industry witnessed robust growth in the last two decades as millions of people in developing countries found their way out of poverty leading to an upsurge in demand for two-wheelers. This growth is likely to continue in the ongoing decade. According to Statista, the volume of the motorcycle industry will reach a whopping amount of $156.9 billion by 2026. The popularity of motorcycles is increasing as they offer a cost-effective means of transportation, especially in the developing countries. It’s also exciting to drive motorcycles as compared to being stuck in traffic in your car.

The motorcycle market shrunk in 2020 as sales faced a decline due to the pandemic, but analysts have predicted strong growth in 2021. Emerging markets like China, India, Brazil, Mexico, Pakistan, and Philippines are forecasted to post strong growth in sales in the next couple of years. Similarly, the US motorcycle market is expected to see a quick rise in its size in the coming years. Owing to growing concern about the rising levels of CO2 in the air and ensuing change in climate, demand for environment friendly motorcycles with the least amount of CO2 emissions or electric bikes will increase in near future. 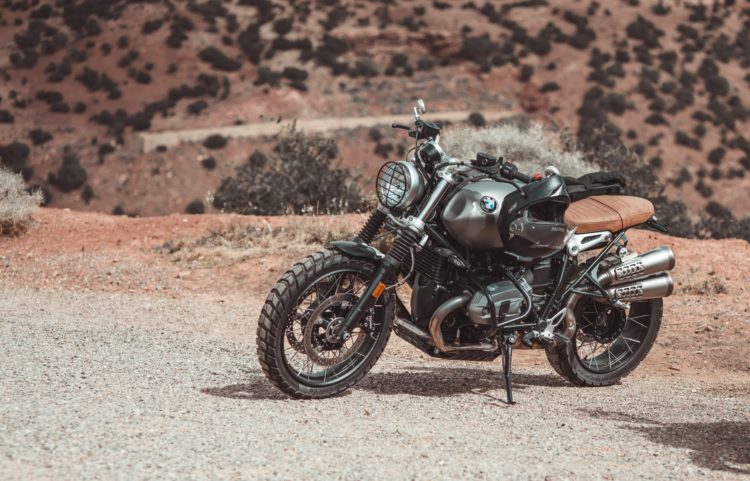 Photo by Zakaria Zayane on Unsplash

In the future manufacturers that produce the best electric bikes may rule the motorcycle industry. Thus, companies like Accell Group N.V. (AMS: ACCEL), Energica Motor Company (BIT: EMC), Harley-Davidson, Inc. (NYSE: HOG), and Zero Motorcycles may rise to the top in the next decade owing to their excellence in electric bike manufacturing.

But, which big players are ruling the industry? This article is going to tell you about the 10 best motorcycle manufacturers in the world right now.

On the contrary, European brands like Bayerische Motoren Werke Aktiengesellschaft (BMW) and Ducati Motor Holding S.p.A. are popular only among the premium segment of the motorcycle market for their aesthetically pleasing and technologically advanced products.

American Pride Harley-Davidson, Inc. (NYSE: HOG) is known for the distinctive sound of its engines and the oldest motorcycle manufacturing company in the USA, while Polaris Inc. (NYSE: PII) is famous for its charming heritage designs.

Similarly, the dirt bikes of KTM Industries AG Inhaber-Aktie (XSTU: KTMI.SG) made them the best in this category.

Let’s start our list of the best motorcycle companies in the world.

Best Motorcycle Companies in the World

Polaris claims to be America’s first motorcycle company as it traces its origin back to 1901. It was established by an accomplished Bicycle racer George M. Hendee with the name of Hendee Manufacturing Company and established its first factory in downtown Springfield, USA in 1901. The company produced motorcycles for US Army during World War I. The name Hendee Manufacturing Company was changed to ‘The Indian Motorcycle Company’ in 1923. The company was closed in 1953 and several attempts failed to restart production until it was reborn with the name ‘Indian Motorcycle’ when Polaris Industries acquired it in 2011. It has over 300 international dealers in addition to a network of over 200 dealers in North America. Total sales of Indian Motorcycle and Polaris Slingshot in 2020 totaled 330,000 units. North America is the biggest market for them, where they sold 190000 units.

Indian Motorcycle currently competes only in three segments of the motorcycle industry that are cruiser, touring, and standard motorcycles and so far they do not offer sports bikes. Their bikes are known for heritage-inspired designs, premium suspension, and beautiful styling. The most popular model of Indian Motorcycle is no other than ‘Scout’ as currently it is the finest cruiser bike in the motorcycle market.

KTM is currently the largest producer of motorcycles in Europe. The Austrian company which traces its origin from an engine repair shop in Austria made its first motorcycle in 1953. KTM went bankrupt in 1991 and was restructured in 1992. Now, KTM is jointly owned by Pierer Mobility AG and Bajaj Auto. Despite the impact of the pandemic, KTM was able to sell 212,713 units of motorcycles in 2020.

KTM offers a broad range of models for different purposes. Its ‘1290 SUPER ADVENTURE R’ having 1301 cc engine is capable to run on any terrain. But, the best thing about KTM is that it is superb in making dirt bikes. KTM has won 12 of the last 13 titles in the MX2 World Motocross Championship. Similarly, it has seen 18 consecutive victories from 2001 to 2019 in Dakar Rally.

Triumph is the biggest British motorcycle manufacturing company. The organization made its first motorized cycle ‘The Triumph 1’ in 1902. Triumph supplied motorcycles for the British military in both the World Wars. Following a fiscal crisis, the company disappeared in the 1980s and reemerged after a few years with its Headquarters at Hinckley, United Kingdom. Since then, Triumph has seen continued success. Triumph has six production factories along with a network of around 700 dealerships to market and distribute its products.

Triumph witnessed the highest level of annual sales in 2017 when its sales peaked at 60,628 units. In the fiscal year 2020 that ended on June 30, 2020, the company could sell only 48,993 motorcycles with a turnover of around £480  ( or about $593.232) million, largely due to the impact of the pandemic. Distinct features of Triumph include retaining classic charm as many of their bikes like the Bonneville family have charming heritage designs that are equipped with modern technology.

Moreover, they try to emulate the performance of their competitors’ bikes that are priced twice as their bikes. Thus, their bikes having more or less the same traits as Ducati or BMW has, come at much lower and affordable prices. Many of their bikes fall in the price range of $10000 to $15000. Triumph’s most expensive motorcycle ‘ROCKET 3 GT TRIPLE BLACK’ with outstanding technology and incredible 2500cc, the largest production motorcycle engine, costs only $24,400.

Japanese organization Suzuki has been producing some of the most exciting models of motorcycles for decades. The company made its first motorized bicycle in 1952 leading to the establishment of the present-day Suzuki ‘S’ in 1958. Today, Suzuki has 35 production facilities in 23 countries and the widest network of distributors among all bike manufacturers, comprising 133 distributors in 192 countries.

So what are the features that compel huge swathes of the motorcycle market to buy their motorcycles? Certainly, its durability, affordability, and diverse product range make it one of the most in-demand brands of motorcycles. Suzuki motorcycles are known to last long, especially their city riding models can serve your purpose for decades. Moreover, their bikes are affordable as in many developing countries they sell bikes that cost even less than $1000. In addition to this, they have a diverse range of motorcycles for different types of customers including sports bikes, cruisers, touring, and dirt bikes.

Kawasaki motorcycles are manufactured by the Motorcycle & Engine segment of Japanese multinational Corporation, Kawasaki Heavy Industries. The company started making motorcycle engines in 1953 and released its first Motorcycle “B7” in 1961. Other than Japan, Kawasaki motorcycle & engine company has 12 production and sales subsidiaries in 10 different countries, having around 5,000 employees. The key to their success is universality. They cater to all types of customers. They have motorcycles with a price range from $2300 to $550000.

If you are not well-off economically, that’s not an issue, Kawasaki has 110cc KLX series for you with price tags varying from $2300 to $2550. On the contrary, Kawasaki offers NINJA H2 R at $55000 to sports bike lovers. Moreover, by getting an understanding of local culture in different countries, they craft their product according to the local needs which goes a long way for them in getting around half a million yearly sales. Kawasaki recorded all-time high annual sales when it sold 550000 units in 2018. In the fiscal year 2020 that ended on 31st March 2020, Kawasaki’s motorcycle business faced a decline in sales and the annual revenue decreased to $3.13 billion from $3.22 billion.

Kawasaki offers a broad range of models; their products are comparatively less costly than their competitors. Furthermore, they target all segments of the motorcycle market and are known for the ultra-fast speed of their sports bikes as 7 of the last 8 World Superbikes championships were won by Kawasaki. ZX-10RR is their most famous superbike that won the last 4 superbike championships consecutively.

Click to continue reading and see the 5 Best Motorcycle Companies in the World.

Disclosure: None. 10 Best Motorcycle Companies in the World is originally published on Insider Monkey.

Is COO Stock A Buy or Sell?

Is QDEL Stock A Buy or Sell?

Is NRG Stock A Buy or Sell?

Is APG Stock A Buy or Sell?

Is XP Stock A Buy or Sell?

Is UNVR Stock A Buy or Sell?
Monthly Newsletter Strategy
Download a free copy of our newsletter and see the details inside!
Hedge Fund Resource Center
Lists

10 Biggest Fast-Food Chains in the World

5 Biggest Fast-Food Chains in the World

5 Best Excuses To Reject A Girl Nicely Over Text

10 Most Profitable Businesses in 2021

5 Most Profitable Businesses in 2021

10 Best Furniture Companies in the World