So in true confession style Michelle Tea wrote about her temping experience at a Frisco social gaming company that anyone who knows anything about gaming stocks knows is Zynga Inc (NASDAQ:ZNGA). I hope I haven’t outed her with this revelation but the clue (the company is named after the founder’s dog) is thinly veiled…c’mon, get real.

My favorite part was her friends’ reaction to the gig: “You’re going to be RICH! Will they give you STOCK? Oh my GOD!” Thankfully for her she was paid with coin of the realm and free snacks as Zynga is still trading under five bucks. 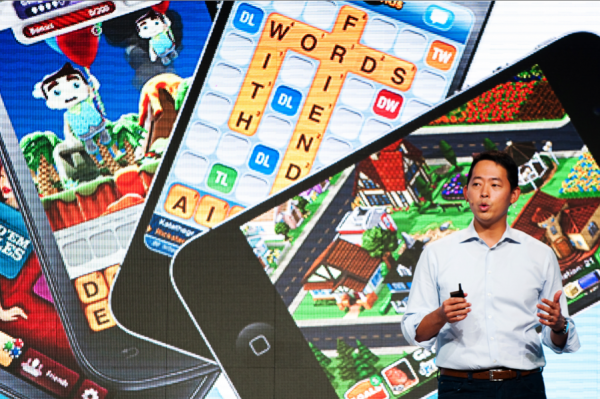 The perks she was allowed (and those she wasn’t as a temp) are frankly unreal for a company that still sports a P/E of negative 11.92. Every floor had a different free snack theme area, free massages, a pub and gym in the basement, and trained baristas pouring free coffees were among the many amenities. CEO Mark Pincus spent a reported $228 million on headquarters last year and then spent $210 million on OMGPop, a small game company whose only claim to fame was Draw Something.

But there was a more poignant comment to her story about how CEO  Pincus had thrown employees and shareholders under the bus while living the high life (specifically referring to his 1907 Gold Coast mansion) after having sold off so many of his shares before the stock plummeted from $14.22 to a low of $2.09. Pincus has been listed on several different stock sites including The Motley Fool among the worst CEOs of 2012. The stock is down 75.73% over the last year.

On March 20, Bank of America/Merrill Lynch downgraded Zynga Inc (NASDAQ:ZNGA) from buy to neutral with a price target of $3.90 due to an unfavorable risk/reward valuation. Analyst Justin Post further added that only a new social gaming hit could bring an earnings surprise, and he deemed that unlikely.He also noted that Zynga could see serious real money online poker competition.

For the longest time it seemed the only hope for Zynga and its rival Glu Mobile Inc. (NASDAQ:GLUU) was online gambling with real money. When Nevada and New Jersey legalized online gaming both companies’  shares rallied. Both had already positioned themselves with British developers to offer real money online poker and casino games in the United Kingdom.

Zynga poker will probably happen but regulatory hurdles and competition will be fierce. While the advantage is always with the “house” (and that’s why I love casino stocks), if it does partner up with the likes of Wynn Resorts, Limited (NASDAQ:WYNN) as long rumored, expect Zynga Inc (NASDAQ:ZNGA) to fetch the short end of the stick. Game maker Electronic Arts Inc. (NASDAQ:EA)has also dipped its toes into the betting pool with its 2011 acquisition of PopCap Games. Interestingly, Forbes reported Zynga bid $1 billion for PopCap but PopCap went with EA for much less, $650 million cash and $100 million in stock.

Zynga also has a symbiotic relationship with Facebook Inc (NASDAQ:FB) that is by no means secure after 2015, and the company has been trying to distance itself with its own online portal and make the important move to mobile as well as moving to its own Z-cloud. On March 21, the updated zynga.com relaunched, and players no longer have to sign in through Facebook with their real names to play. In past years Zynga earned 90% of revenue from its popular FarmVille, Words With Friends, and other games on Facebook.