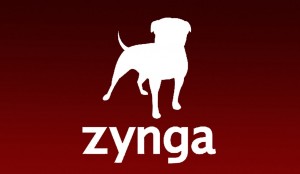 “A company’s strategy is a human construction.” Read that line again. One of the most overlooked aspects of stock analysis and most difficult to parse is a company’s leadership, especially the CEO. The quoted line above came from a 2006 academic study on CEOs and excessive narcissism. The Summly brief would be that CEOs (and powerful top management) who are excessively narcissistic damage their companies through risk appetite, excessive compensation, and craving for the limelight.

In 2009 Motley Fool founders David and Tom Gardner wrote in The Million Dollar Portfolio that “senior leadership is critical to a company’s performance,” and honed in on fancy homes and headquarters as red flags. Recent commentary on rogue CEOs and corporate leaders have focused on insider sales, paying up for acquisitions, etc. But what it boils down to is what used to be called limelight fever, an overwhelming need for attention.

So not a good thing

Martha Stewart, the founder of eponymous Martha Stewart Living Omnimedia, Inc. (NYSE:MSO), had the hubris to ink merchandising deals with competing department stores, Macy’s, Inc. (NYSE:M) and J.C. Penney Company, Inc. (NYSE:JCP). This is an example of risk appetite that backfired. Her constant exposure in the media could be seen as beneficial to a media company but begs the question, is this attention seeking and does it reach the point of an alienating overexposure?

Another red flag, is the CEO difficult to work with? An intimidating and grandiose CEO can cow a weak board to pass initiatives that are against company and shareholder interests, such as excessive compensation and expensive acquisitions.

Another problem of note with leaders who are too big for their britches is they are notoriously difficult to work with. Excessive management turnover is a good diagnostic tool. Although Martha Stewart herself is not CEO as non-executive chairman, she receives $5.46 million in compensation compared to the $456,000 for interim Principal Executive Officer Daniel Taitz.

Excessive risk appetite and excessive turnover seem to be at work at Martha Stewart Omnimedia. The stock has cratered from a high of $35.00 in 2004 to under $3.00. It has a negative EPS of $0.83 and it has the highest (i.e. worst) corporate governance risk score of 10. Considering its negative profit margin of -28.38% and negative return on equity of -46.37%, it’s surprising the short interest isn’t higher than 4.63%.

Note: increase your due diligence anytime you see eponymous describing a company.

Certain industries attract those with limelight fever. Media has traditionally been a magnet for the attention seeking. Citizen Kane is a must-see film for those investing in media. Charles Foster Kane, based on publishing magnate William Randolph Hearst, builds a media empire then thirsts for political office.

Maybe this resonates with Facebook Inc (NASDAQ:FB) shareholders after news that Mark Zuckerberg is getting involved in immigration reform. Zuckerberg’s support of immigration reform may actually be beneficial to the company so some of the brightest minds born elsewhere can work for Facebook. Fellow Fool Adem Tahiri’s post Facebook’s Executive Team Has ADHD argued Zuckerberg’s political interests are diffusing his focus on Facebook.

Rather than ADHD, what Mark Zuckerberg has instead is the virulent form of limelight fever. Zuckerberg’s personality as delineated in The Social Network aside, there are other symptoms like the decision to purchase Instagram before the IPO debut. The New York Times wrote Instagram was reportedly valued at $500 million before Facebook Inc (NASDAQ:FB) bought it for $1 billion in cash and Facebook shares.

There was his selling shares after lockup expiration that hit the stock so hard a press release months later announced he wouldn’t sell any more shares for a year. The stock rose 6% on the news.