Zebra Capital Management is Fond of These Financial Stocks

Zebra Capital Management is an independent investment management firm, headquartered in Milford, Connecticut, managing equity-focused investment strategies. It was founded in 2001 by Roger Ibbotson, Professor in the Practice Emeritus of Finance at Yale’s School of Management. The fund uses liquidity, valuation and growth ratios to identify manifestations of “popularity,” in order to find stocks that are less popular, but nonetheless have strong fundamental characteristics. Its equity portfolio, valued at roughly $239.32 million, is quite diversified, although services and financial stocks predominate.

Over the quarter, Zebra Capital started 73 new equity positions, increased its exposure to around 140 of its preexisting holdings, and sold out 40 positions. In this article I will take a look at some of the fund’s most noteworthy moves for Q1.

The first case I would like to refer to is that of Credit Acceptance Corp. (NASDAQ:CACC), a $2.9 billion market cap financing company that offers automobile dealers financing programs that enable them to sell vehicles to consumers regardless of their credit history. This used to be Zebra’s 10th most valuable holding; however, during the first three months, Mr. Ibbotson almost doubled its stakes in the company. The fund now owns 36,038 shares of the company, worth more than $5 million. This makes it the fund’s most valuable equity position for the end of the first quarter.

Other funds with even larger bets on this stock are William Von Mueffling’s Cantillon Capital Management, which owns 457,420 shares ($65 million in stock), and Jim Simons’ Renaissance Technologies, with 327,600 shares.

ACE Limited (NYSE:ACE) was the most valuable holding in Zebra’s portfolio by the end of 2013. However, it was displaced to the second-runner position during the first fiscal quarter of 2014. This $34 billion market cap Swiss-incorporated insurance and reinsurance organization saw Mr. Ibbotson’s fund decrease its stake by 6% in the first quarter, to 39,527, valued slightly under $4 million.

Once again, Zebra’s bet becomes quite insignificant when compared with those of Brian Ashford-Russell and Tim Woolley (Polar Capital), and David Harding (Winton Capital Management). Both these funds increased their exposure to this company over Q1, and now own 936,588 shares and 789,203 shares, respectively. These holdings are valued at roughly $92 million and $78 million.

Finally, I would like to take a look into one more bullish move. Between Jan. 1 and March 31, 2014, Zebra Capital more than doubled its stake in Enstar Group Ltd. (NASDAQ:ESGR), a $2.62 billion market cap company that acquires and manages insurance and reinsurance companies in run-off and portfolios of insurance and reinsurance business in run-off, and providing management, consulting and other services to the insurance and reinsurance industry. The fund now holds 24,384 shares, worth more than $3.3 million. This makes it the third largest shareholder among hedge funds tracked by us, only trailing Charles Akre’s Akre Capital Management, which owns 498,626 shares ($67 million in stock), and Ric Dillon’s Diamond Hill Capital that holds 196,504 shares ($26 million). All three of them (Akre, Dillon and Ibbotson) raised their stakes in this company over Q1. 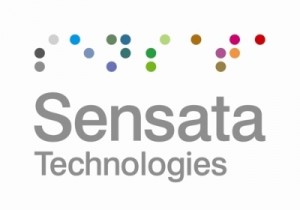